I was also able to geek out with about 300 hundred or so new friends at a conference centering around content strategy and user experience. It was good to get some time away from the urgent tasks at hand and think about some longer-term ideas. 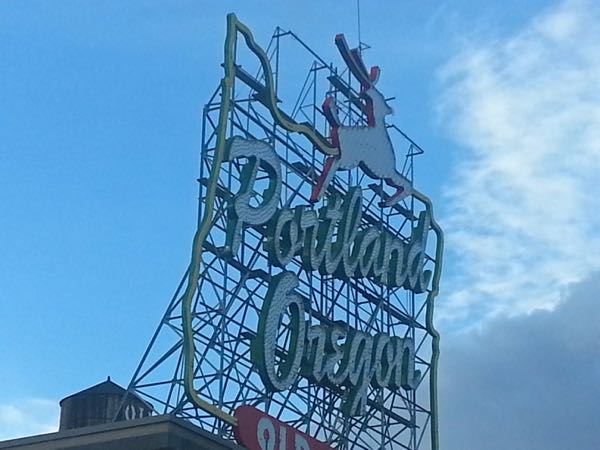 Welcome back to you Portland! 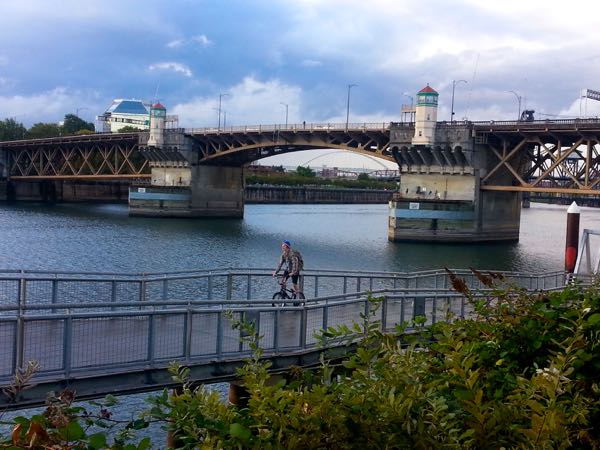 I guess the bridge in the opening credits of Portlandia doesn’t really open up that much. Pretty much wasted three days waiting for it (OK, maybe that was a slight exaggeration). 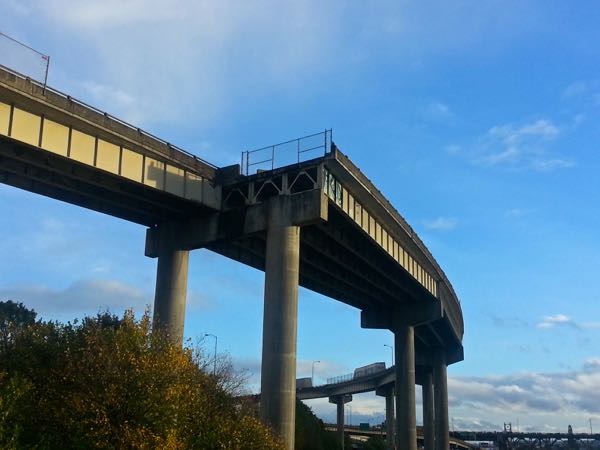 It’s easy to get into Portland, but not so easy to get out, unless you can figure out how to drive your car up a bridge piling. 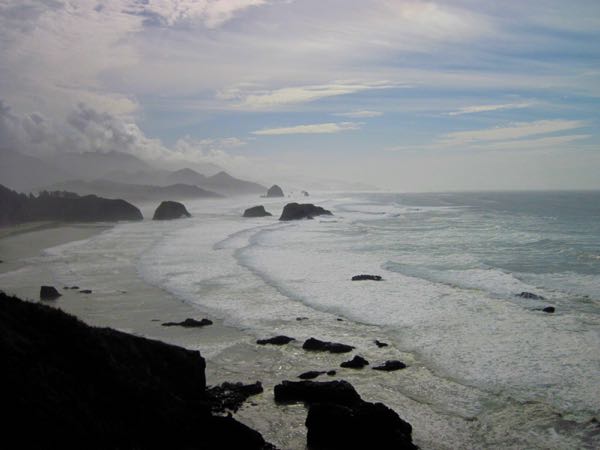 By the time we reached this part of the coast, the fog and rain broke. 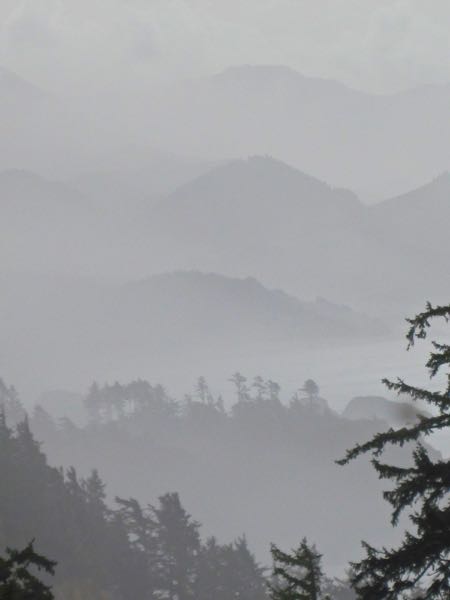 Earlier, I felt like I was trapped in an asian style painting. 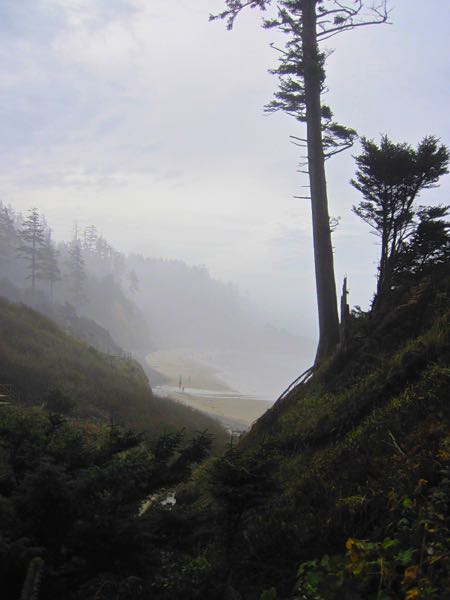 This is a view from Ecola Point, a state park. 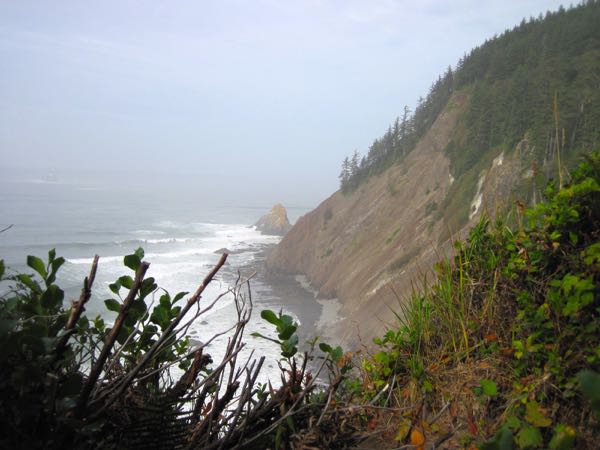 There were high surf warnings out for this day, with 20 foot waves crashing in. 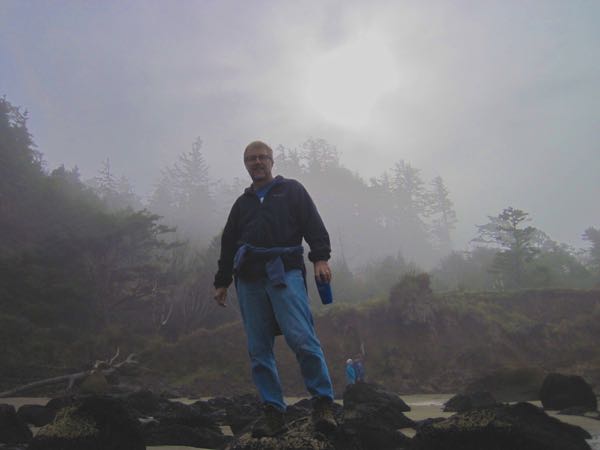 Yep, I was really there. 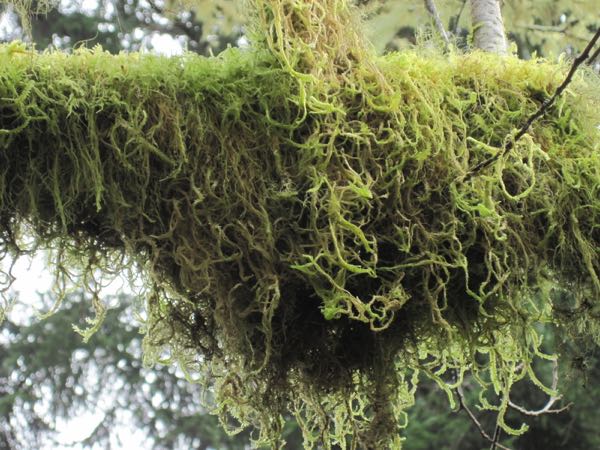 Had a chance to walk in the forest and see moss growing in tree branches. 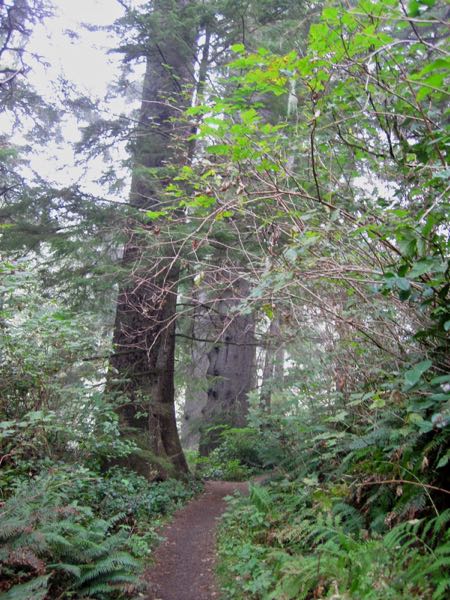 Part of the trail along the coast as the park.