Unless you are a builder, professional building imploder, or have a special on some cable network, most men don’t get too many chances to demolish a building. I’ve been working on the old granary out in the pasture off an on since last fall. A lesser man may have found a match, but I have spent the time salvaging as much of the wood from the building as possible. The granary was probably dragged out to the pasture in the early 70’s and has been deteriorating ever since. 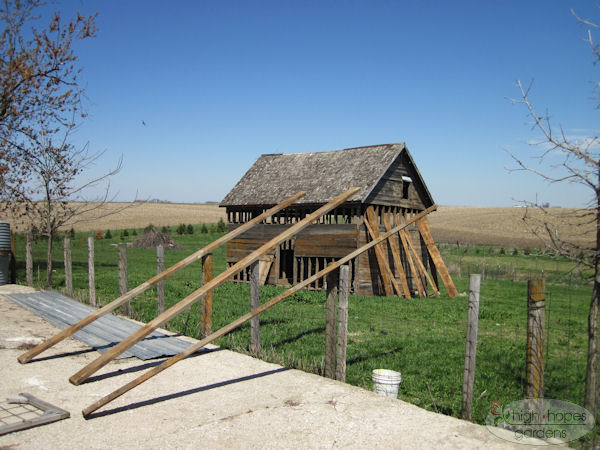 Some of the floor joists from the 2nd story floor are seen leaning against the fence. I
I’ve removed all the wide boards from the interior, all but three of the 2nd level floor joists and some of the supporting wall 2x4s. The building finally reached the point where it wasn’t safe to keep working on it.

So now decision time comes. How to get the building down safely and try to prevent as many of the wall studs and roof rafters from crushing? After a few days of walking around and in the granary and ruminating, I came upon a plan that required the tractor and a long chain. At the end of the day, the building fell just as I had planned – down. 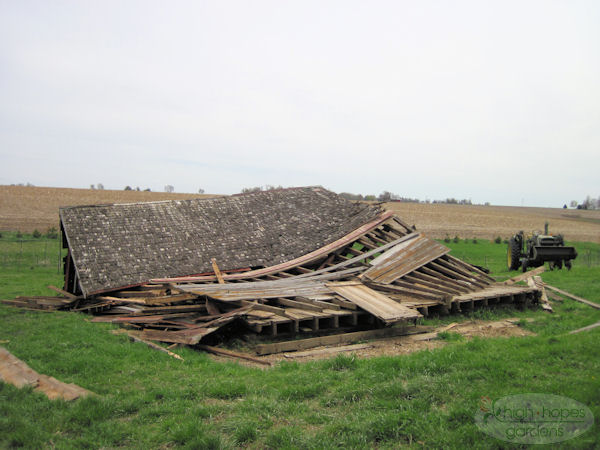 Actually, it fell about as perfectly as I could have wished. First, I ran the chain around the bottom of the short wall on the north side and pulled the bottom of the wall out with the tractor. Next, I repeated the same step on the opposite short side and almost as the last wall stud was ripped out, the building leaned to the east – the east and west walls fell due east and the roof stayed intact and rested on the east wall and exposed the west wall. 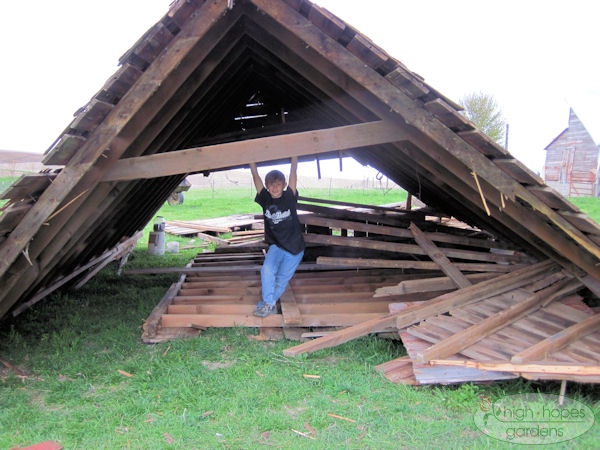 Now I have a few weeks of additional salvage. I’ve got a plan for some of the wood, but that’s for another day.

We’ve descended into a dreary, cold and borderline icy low stratus/fog weather period. We were going to go hear Michael Perry (Coop, Truck – a Love Story, and Population 485 ) speak tonight, but the roads seemed a bit dodgy to drive 45 minutes both ways. We did go to a panel discussion about literary agents and editors yesterday, part of a writing symposium at ISU – the panel consisted to agents, and editors from Milkweed Press, and Orion magazine.

So what we did do was head down to the pasture to keep hacking away at deconstructing the old granary. 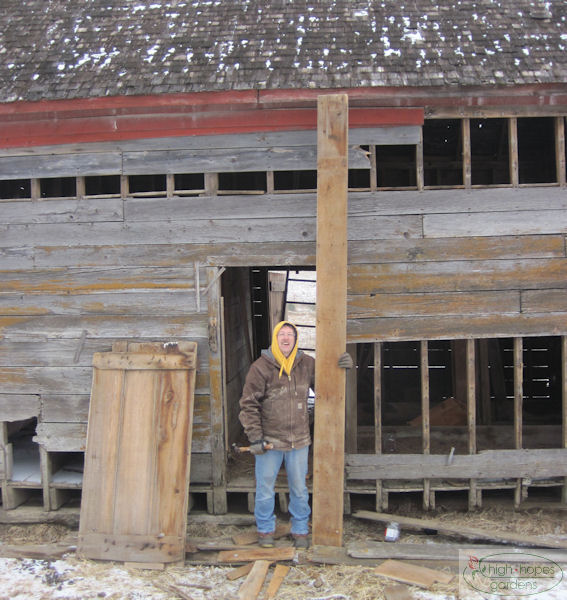 Inside there are some nice boards that will be beautiful once they are planed down a bit.

Most of the nails are the old square-headed type. We’re saving as many as we can, especially the interior nails which are still in pretty good shape.

Now it’s time to go inside the old granary. 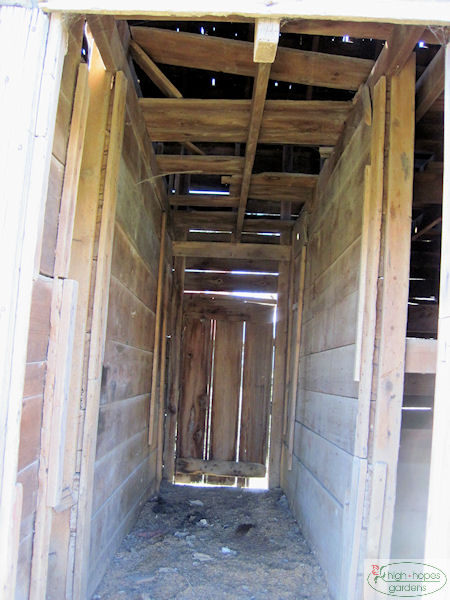 Here’s looking in the door – there are two separate compartments on either side of the center aisle. 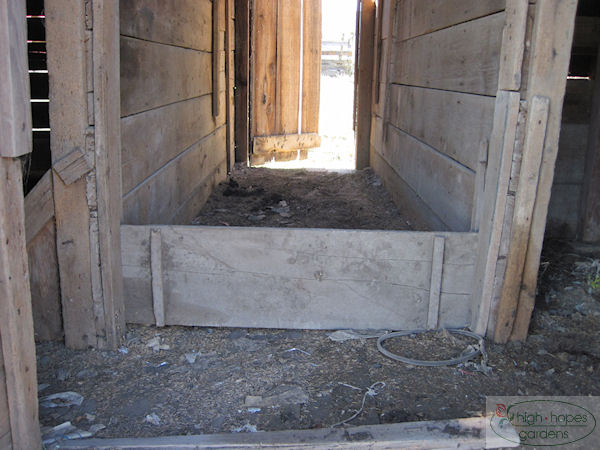 It does look, however that the center aisle was sealed off with these removable partitions that slid in the door frames. 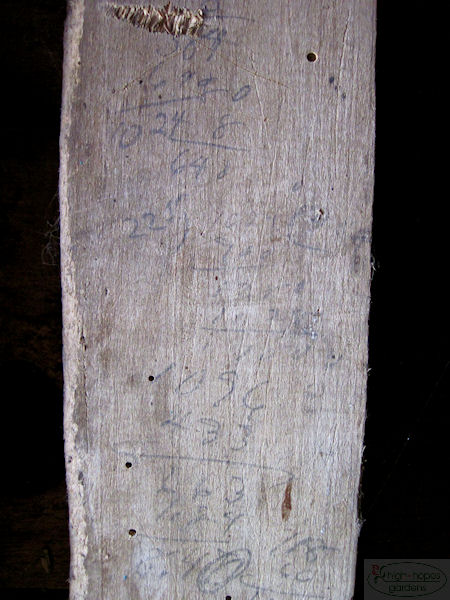 The door frame had math problems written in pencil all up and down. 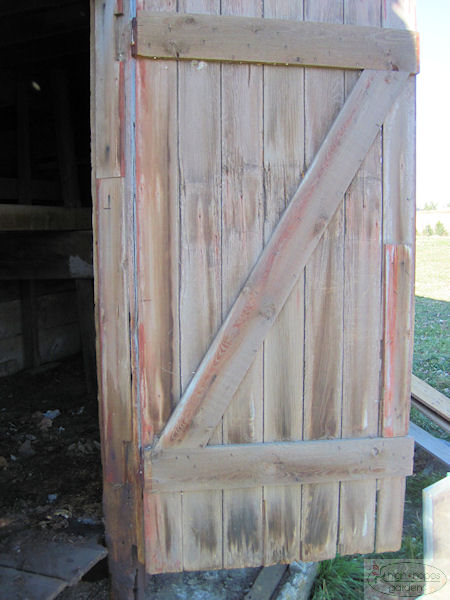 It’s amazing to me how straight the door remained for many years using a simple design. 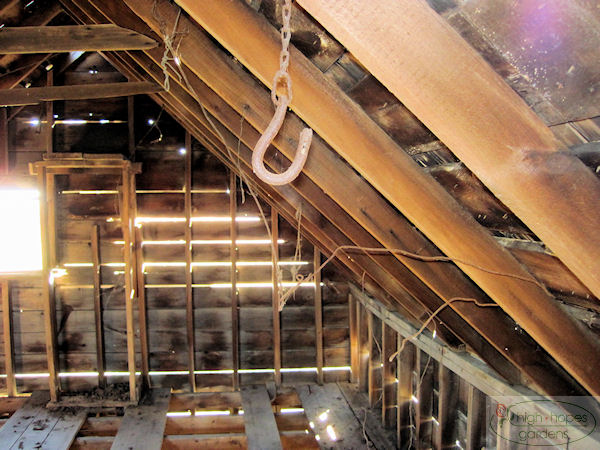 Up in the loft.  Experienced eyes can catch the piles of raccoon dung up here.  Not a pleasant place to be with poor ventilation.  First order of business will be to make ventilation before working inside.

one year ago…”South Side of Barn Painted”

Comes a Time – a time for the building containing Neil Young’s lifelong collection of memorabilia to burn down and for the old Granary to come down. I’m sure I could make a pretty good connection if I thought long enough.  Looks like it could be part of a cover of a Neil Young album. 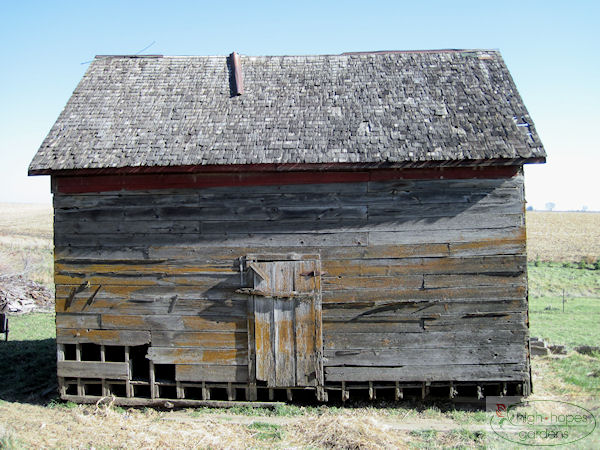 This building now rests in the back pasture.  It was one of the original farm buildings.  The building’s fate was essentially sealed 40 years ago when the previous owners removed it from its cement foundation close to where the metal machine shed now stands and dragged it out to the pasture. 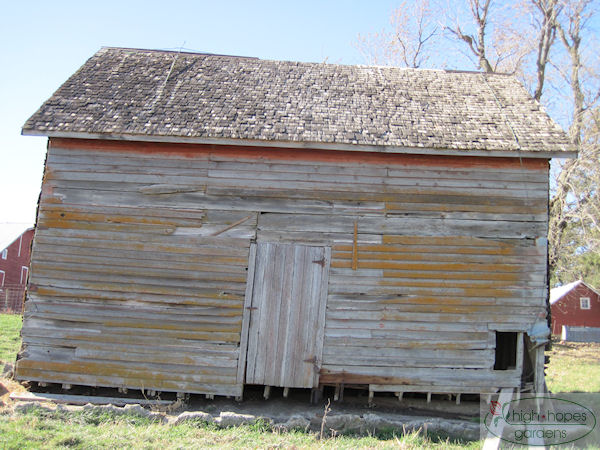 The bottom floor joists are shot and now the wall on the right is starting to separate from the building. 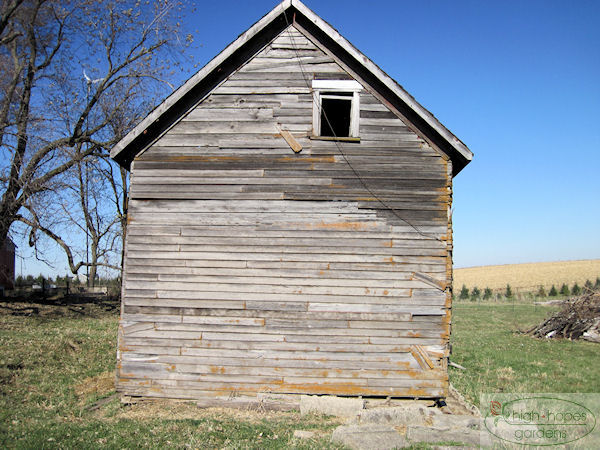 I’ve managed to save many of the original buildings by putting new roofs and/or siding on them.  This one doesn’t have enough going for it.  I’ll salvage as much of the lumber that is still good and throw the rest on the bonfire. 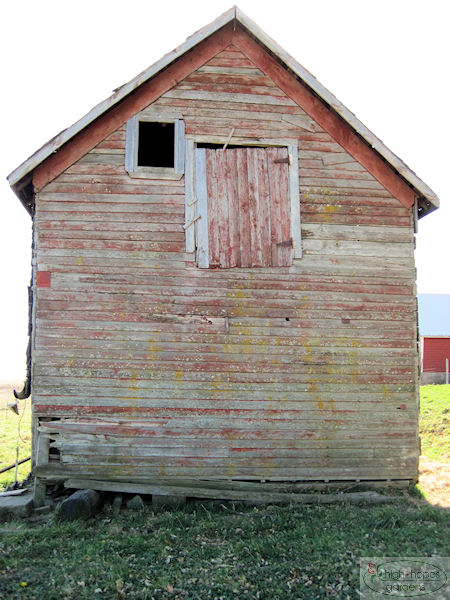 But as a testament to the building, this is one of many future posts dedicated to preserving the building through extensive photo-documenting its construction and demise.  Kind of a modern-day reverse archeological deconstruction.