The next day we headed over to Itasca State Park, Minnesota’s oldest and one of the biggest state parks.  An interesting story is about the nation’s first female park superintendent, Mary Gibbs. She was superintendent shortly after the park was formed, but before the lumber barons.  She had a showdown at gunpoint with the local logging boss regarding destruction of a dam at the headwaters, flooding the park, but making it easier to transport logs.  At the end of her life, she was just as fiesty, going on a hunger strike at the nursing home to protest being charged 75 cents extra to take her meal in her room instead of the dining hall. 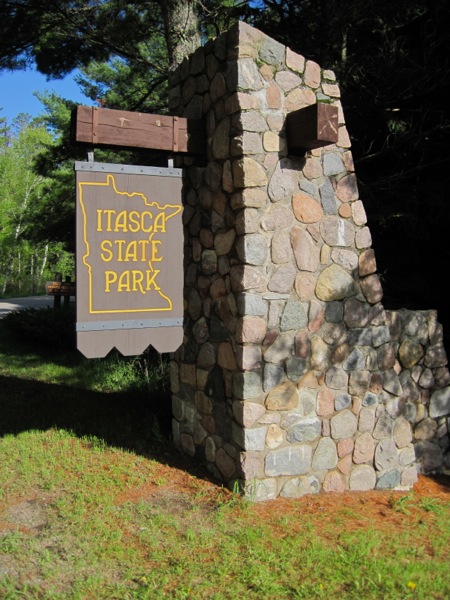 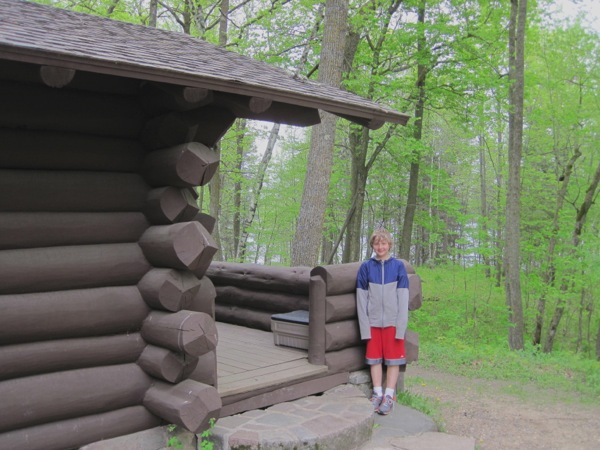 Our cabin near the lake within the park. 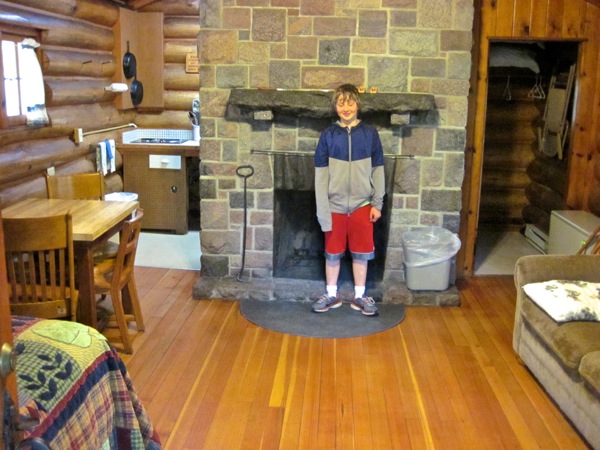 The cabin is one of the gems built by the WPA in the 30’s. It had logs walls, wood floors, a sink, small fridge, sink, stove, but no oven, and bathroom without a shower.  But it was great timing to have the cabin over the 24 hours of rain on this segment of the trip.

One arm of Lake Itasca in the mist. 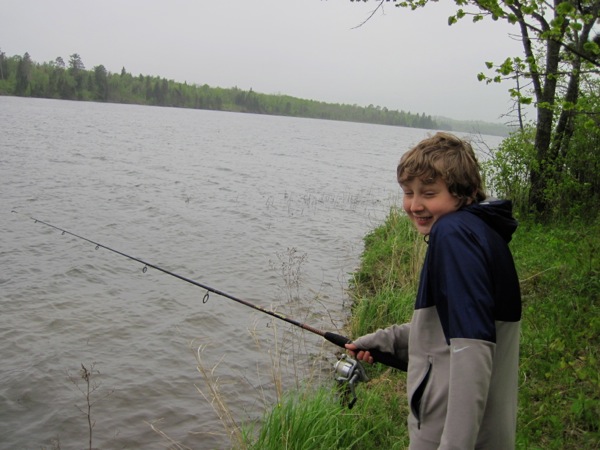 The light rain didn’t deter us from catching dinner. 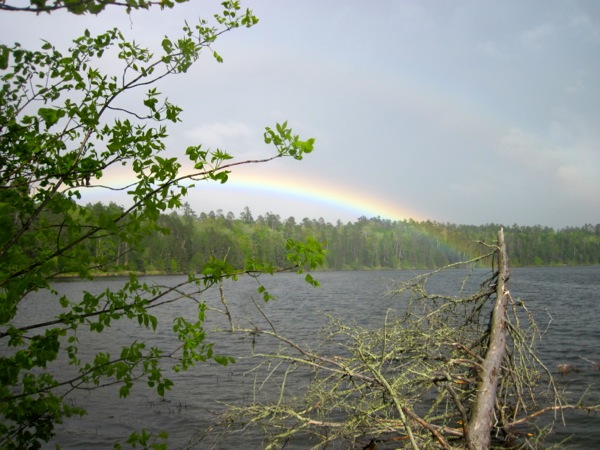 A rainbow was one reward for the rain. 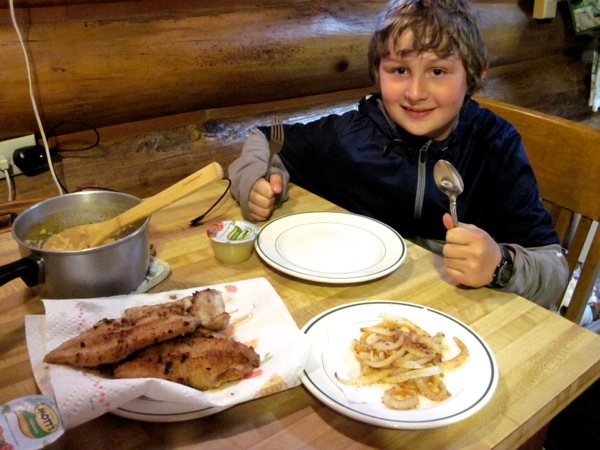 It was an all white/yellow meal.  Fried fresh fish, rice side dish, applesauce, and with the leftover “Shore Lunch” fish brading, we breaded some onions for onion rings. 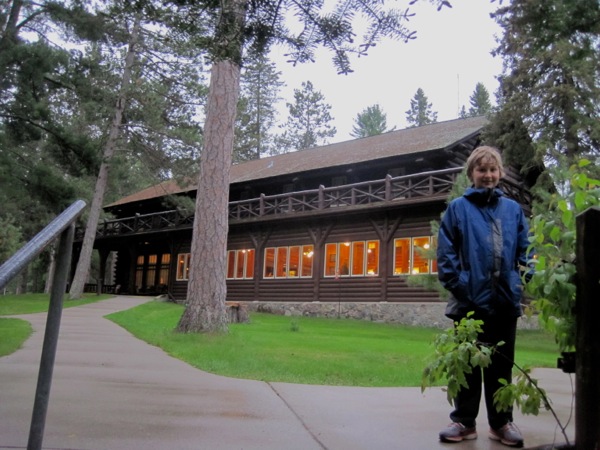 After dinner, we toured the interpretive center and looked around the park.  This is the lodge for dining, with rooms on the 2nd floor, much like some of the classic park lodges in Yellowstone and the Grand Canyon.