Our second night was at Temperance River State Park.  The river is so named because, unlike most other tributaries to Lake Superior, this river does not have the characteristic rock or sand “bar” at the mouth of the river, thus it’s name! 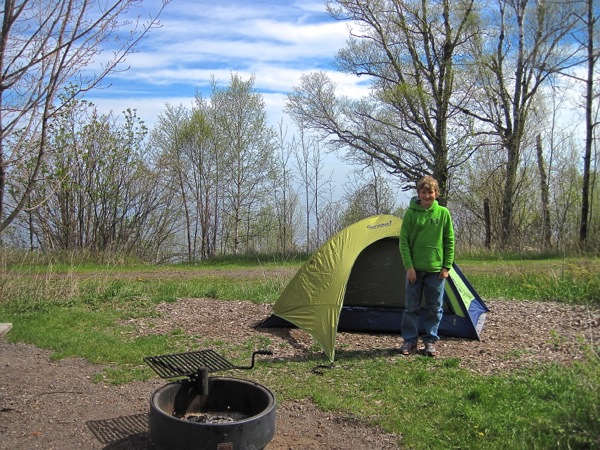 We snagged a good campsite, with nothing but trees and a short hill between us and Lake Superior.  I do not like the Eureka Apex tent – as you can see the rain fly makes you guess from which direction the the driving rain might arrive as the fly only covers 60% of the tent area. 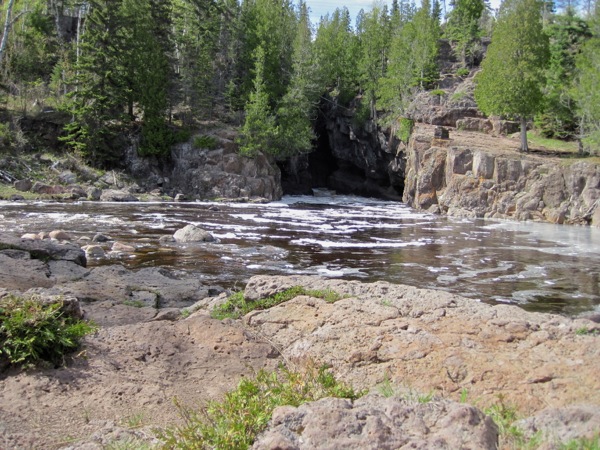 On up the river.  At one point, the entire river seems to emerge from a dark cave. 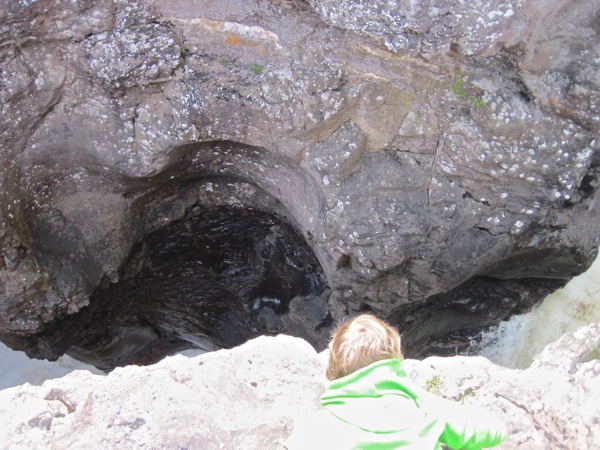 Up above, the entire flow of the river is constricted to this narrow passageway, very deep and bubbly. 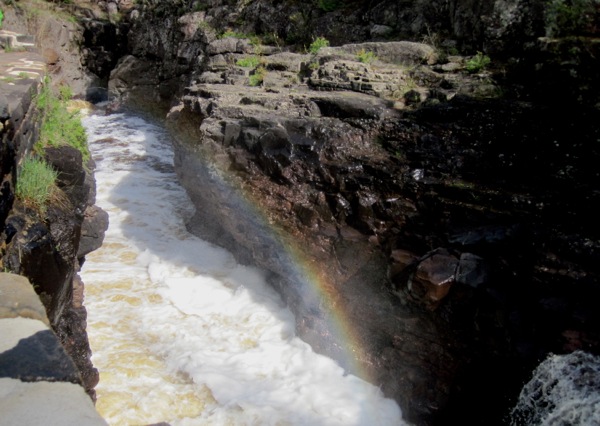 A bit further upstream, the gorge widens a bit, and provides a permanent rainbow (at least on sunny days). 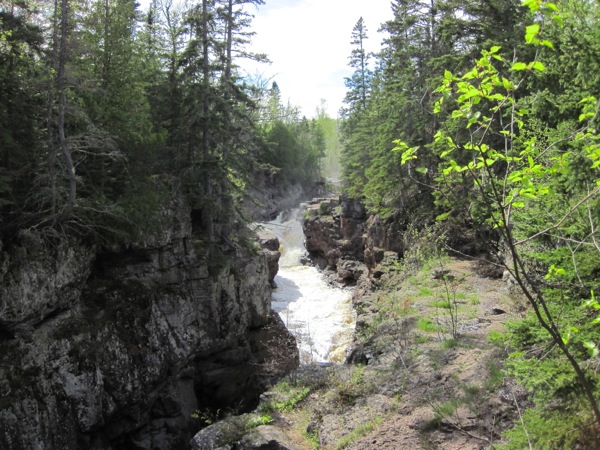 Upstream even further from the narrow gorge. 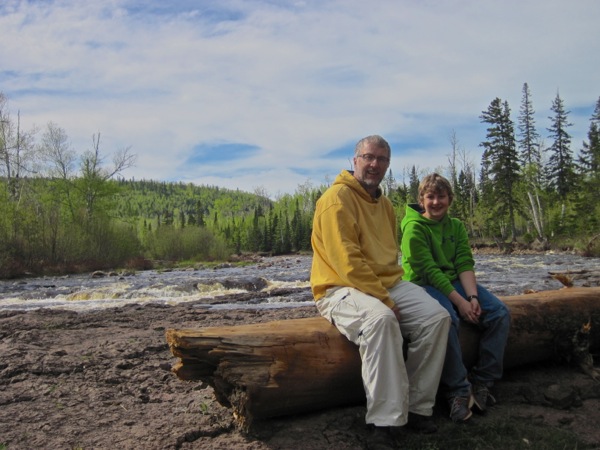 Finally around the bend, the river is at its “normal” width. 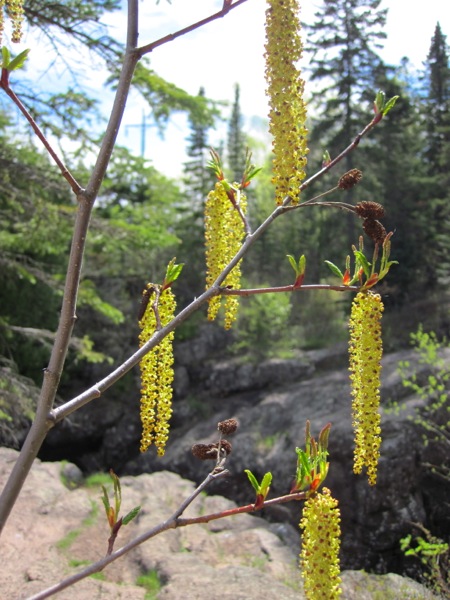 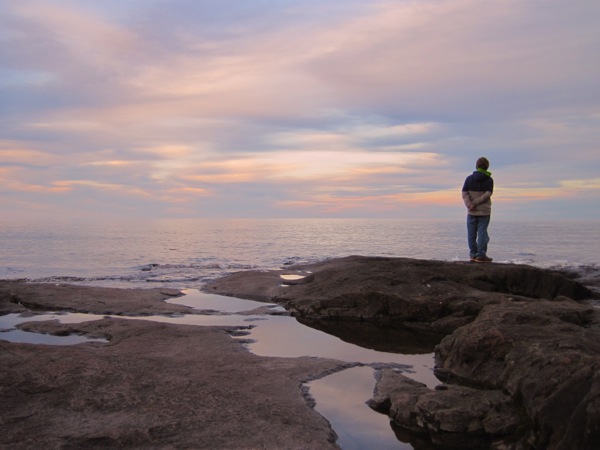 Finally after dinner, we watched the evening ebb along the shore of Lake Superior.