Graduation 2013.  And Emma couldn’t have had any more symbols behind her name! 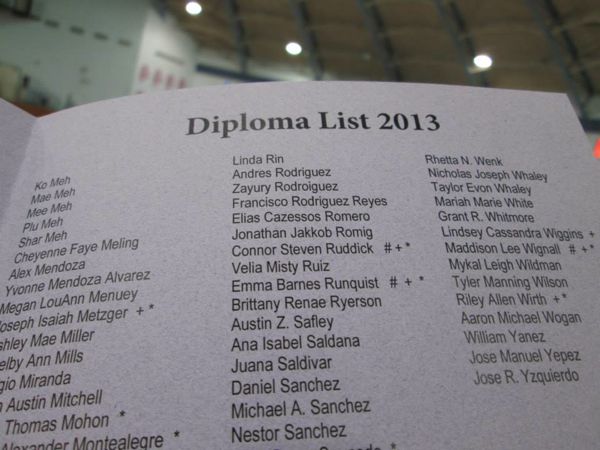 The one that’s most indicative of Emma is the one designating “Silver Cord” recipients, for those students with more than 100 hours of community service per year of high school. 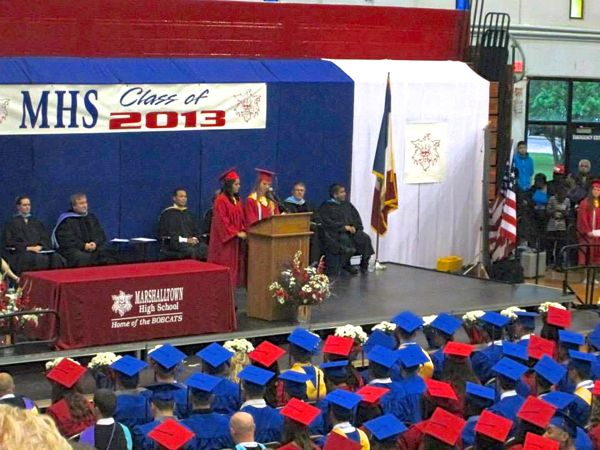 Emma was also selected as a commencement speaker. Since the school is about half minority students (yes, in the middle of Iowa there is a school where there is such diversity), she presented a speech with a Hispanic friend. 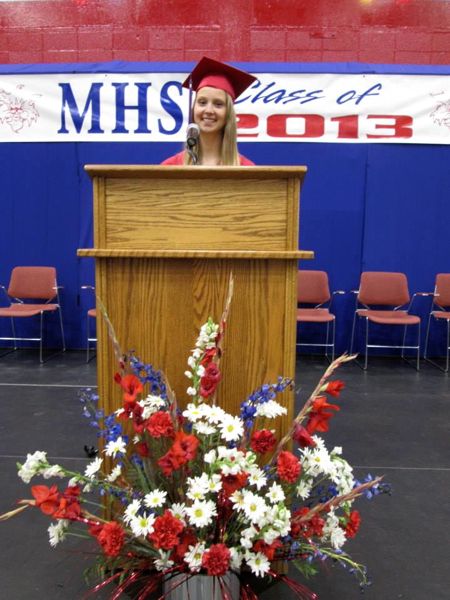 Emma being a boss at the podium. 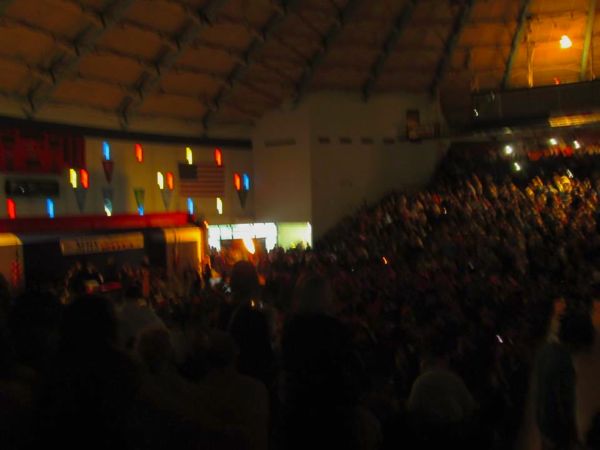 The ceremony was one most will not forget.  During the ceremony, which included a storm that pushed the local river to a record flood level, the sound of the civil defense sirens filled the gym.  As the principal was giving instructions to seek shelter from the storm, the policeman on duty alerted him that the sirens were for a flood warning, not a tornado, so the ceremony continued until… the power went out. And about 15 minutes later the lights came back on. 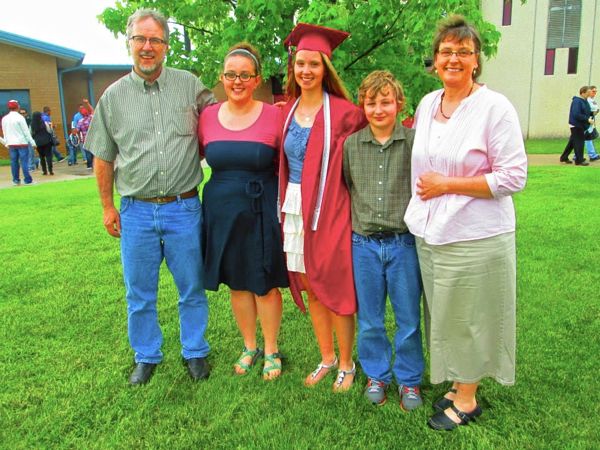 By the time the ceremony finally ended, the storm had passed and we could gather for a photo.