I know many of you have received this in the mail, but here it is for my own “scrapbooking.”

There are new things in this world that have only recently come to my attention.  Evidently, the Gishwhes (Greatest International Scavenger Hunt the World HAs Ever Seen) is one of them. The website proclaims ” This content is captured as videos or images to memorialize the annual Gishwhes experience. Art pieces range from the touching: “Take a picture of you hugging a war veteran” or “Create a video of you visiting a children’s hospital and giving a puppet show” to the weirdly sublime: “an image of a formal tea party replete with parasols, silverware and a string quartet situated in a junkyard or garbage dump” or “a fully dressed storm trooper cleaning a pool next to a sunbather”. 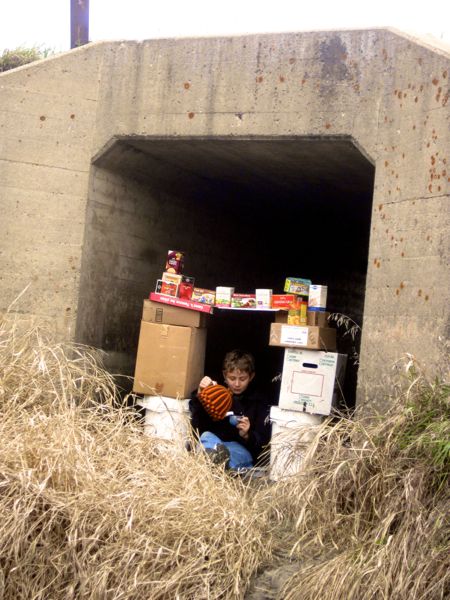 Exhibit One from this year – make a tea house out of recycled materials and have a tea party under a bridge.  Good thing this creek ran dry near our place. 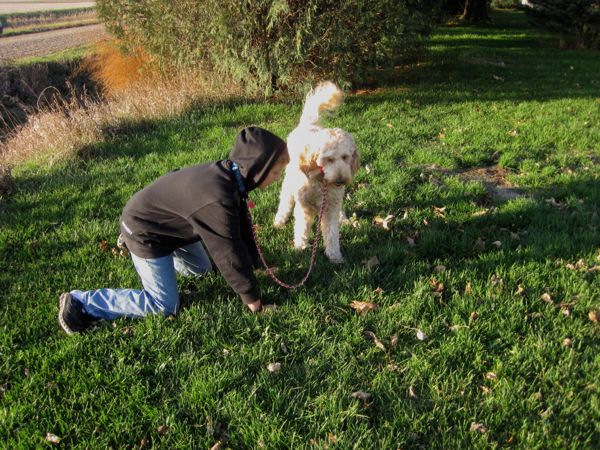 Have a dog take a human for a walk. 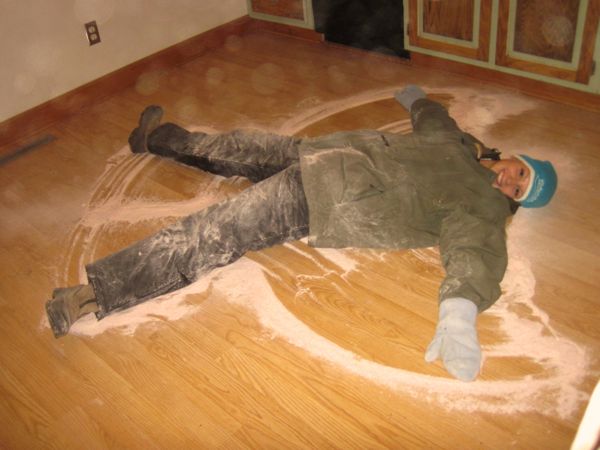 Emma making a snow angel on the kitchen floor.  Thankfully, I was not aware of this until seeing the pictures later.

The biggest snowstorm in a number of years rolled in Wednesday night and Thursday. 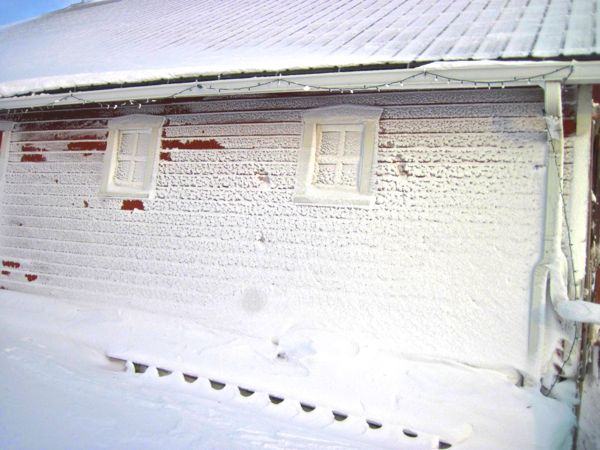 The timing was good and bad, since it arrived the day before about 100 folks or so usually descend for our annual Solstice bonfire.  Bad because it may be hard for people to get here, good, because it covers up the dried grasses in the pasture. 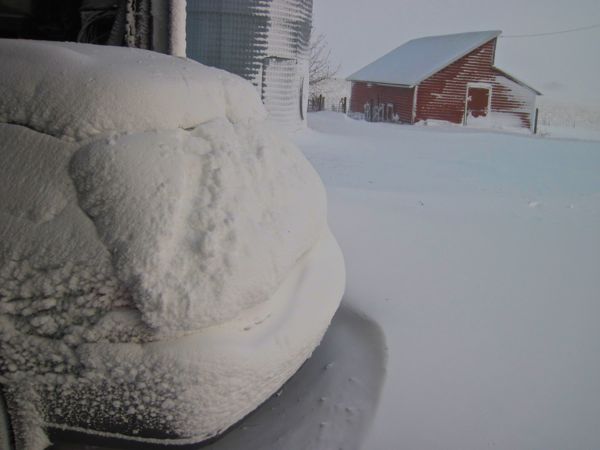 The back end of the Subaru didn’t quite make it in the shed (unnamed daughter did not pull the vehicle in front of this one far enough into the shed to allow Mom all the way in the shed after fetching niece Jill from the airport, just an hour or so before it shut down for the evening because of weather). 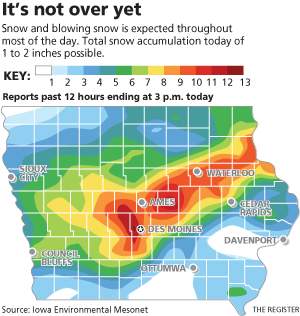 We were in the bullseye just east of Ames, with about 13 inches of snow, including the always heavy thundersnow.  Any time there’s lightning and thunder in snow, you’re in for a doozy of a storm. As a bonus, most of it came in sideways, with 30-50 mph winds steady for about 36 hours. 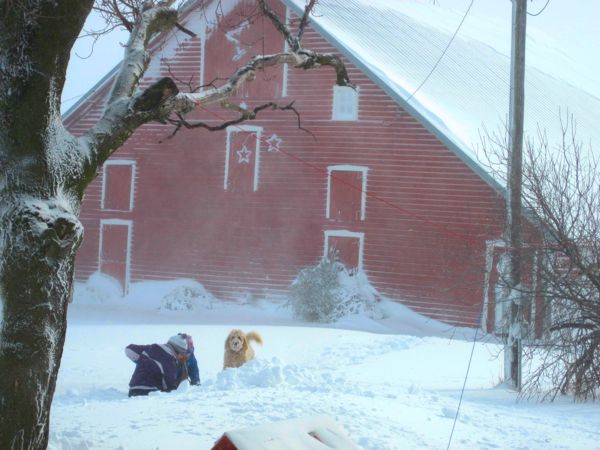 Daisy watches the kids trying to dig a fort into a drift on the driveway. 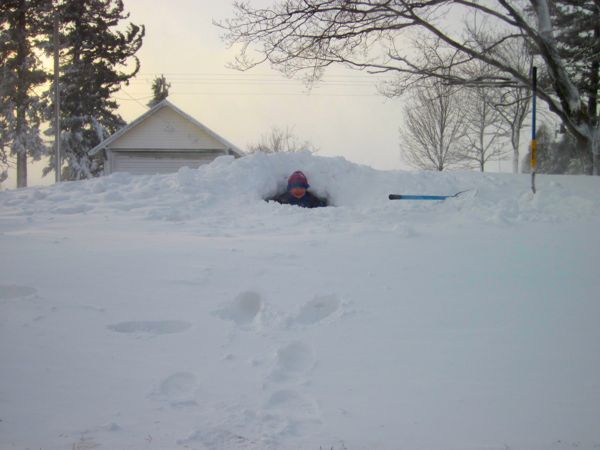 Martin peering out of his fort. 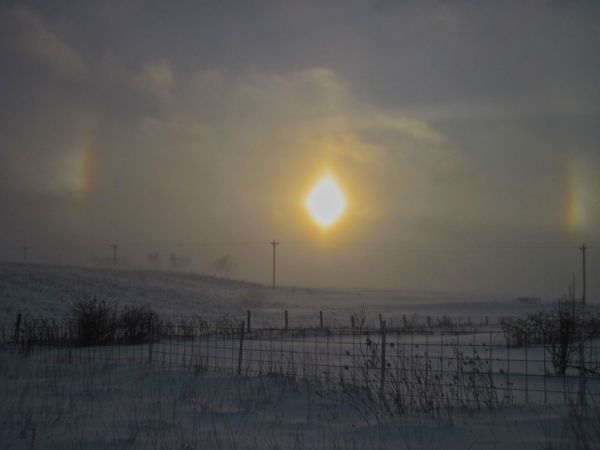 Late in the day, with the winds calming down and skies beginning to clear, the sundogs came out – because, of course after such a snow, standard practice is clear skies and arctic temperatures.

This weekend was the regionals for First Lego League (FLL). 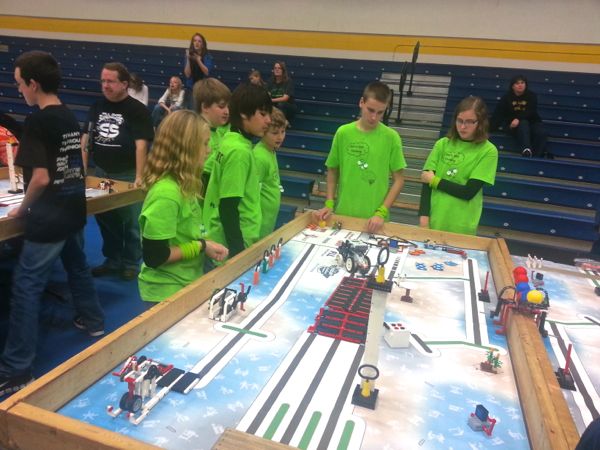 Here’s the team watching a robot run.  This year’s theme was “Senior Solutions” and the competition involved the lego robot challenge, core values, and innovative solution/presentation. 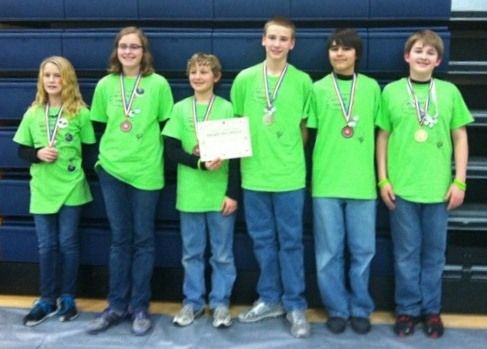 After consulting with a couple of senior citizens, they decided to come up with a simple solution to a problem that both seniors, especially one suffering from arthritis, had trouble with – opening milk cartons with the ring-pull tabs.  They won an award for their innovative and simple design.  Who knows, maybe you’ll see it in the aisles next to the milk cartons some day! 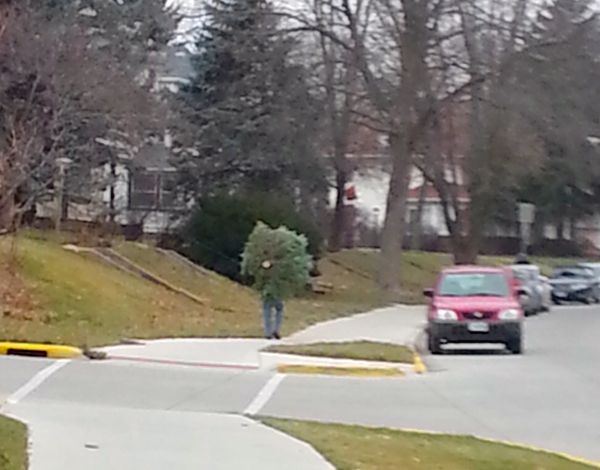 Just like Pa dragging a tree home on Walton Mountain!