Since Wind Cave was such a hit, we decided to go see Jewel Cave as well.  Jewel is the 2nd longest cave in the world. 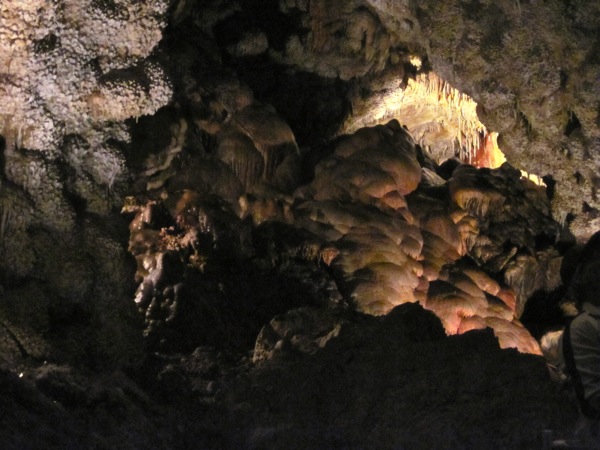 Since the caves are so close together, people often wonder about the differences between Jewel Cave and Wind Cave.  Wind Cave has the cool blow hole and seems more intimate – the passages are narrower and you seem more like you are in a cave.  In Jewel Cave, the passageways are much larger, most of the hike is on aluminum walkways, so you feel more distant and it’s a bit noisier, but the formation are much more varied and interesting than in Wind Cave. 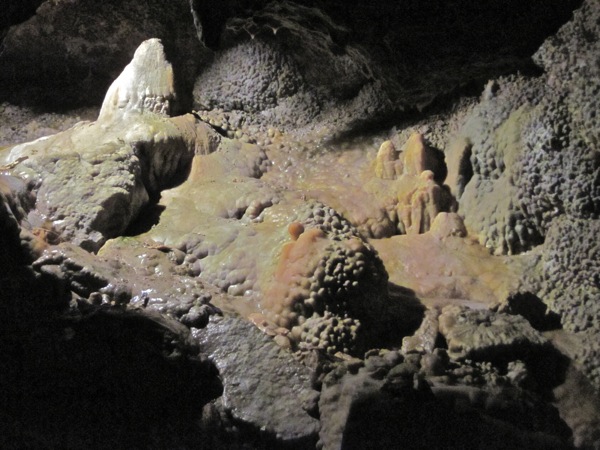 This is from of one of the “wet” rooms in Jewel Cave. 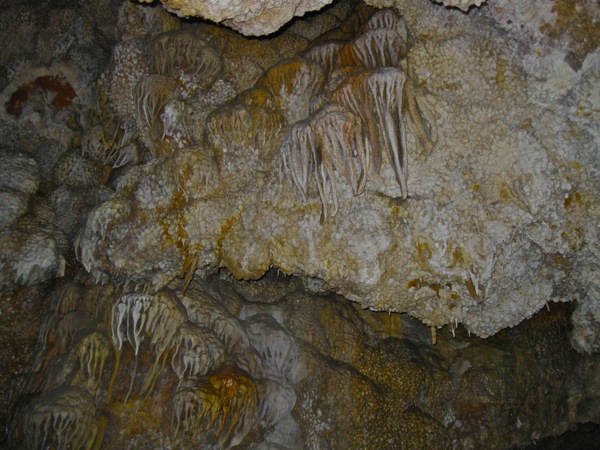 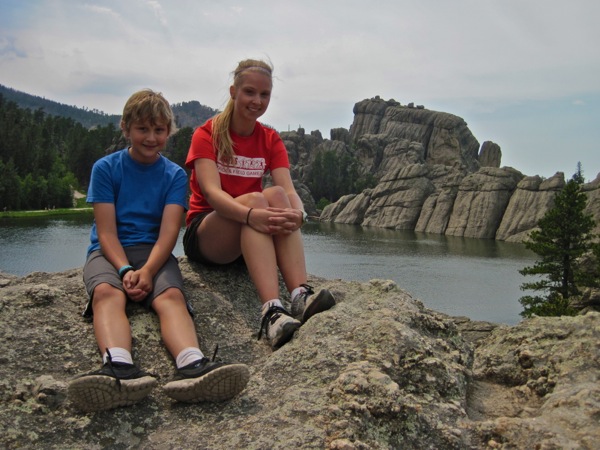 Then it was off for lunch and a hike starting at Sylvan Lake.  Let’s just say there was a great difference in attendance between visiting in March and the weekend before the 4th.  So, off to the trails to leave all the people behind. 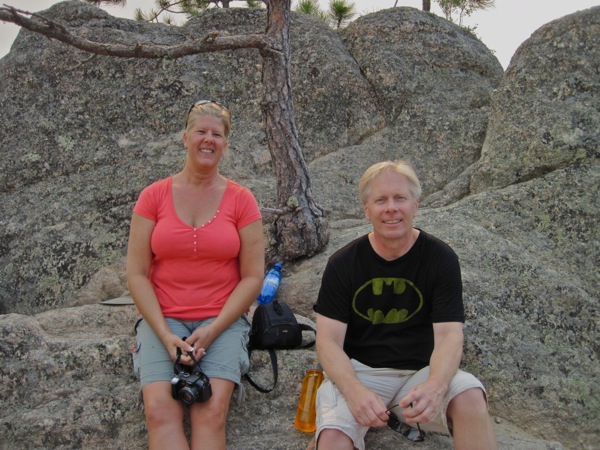 Here’s our designated vacationers – we are now on 17 straight years of summer vacation! 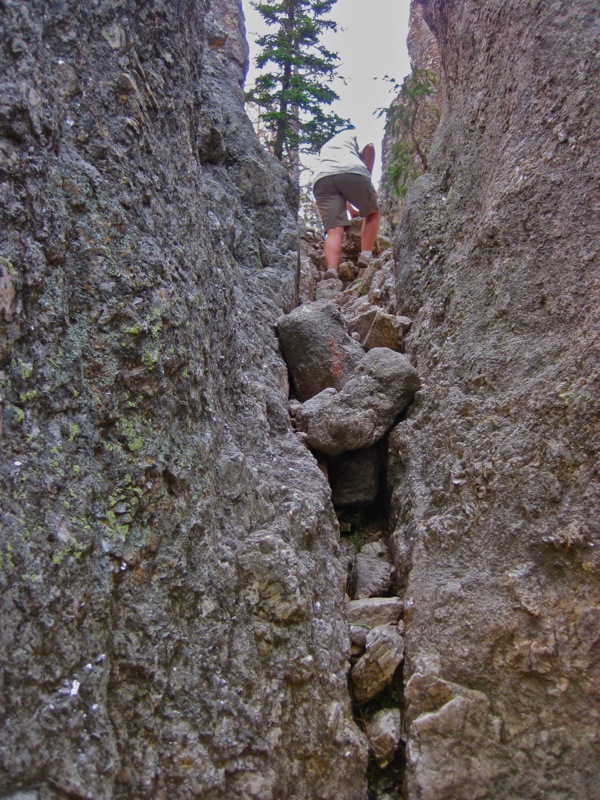 Linda on the “trail” up the mountain. 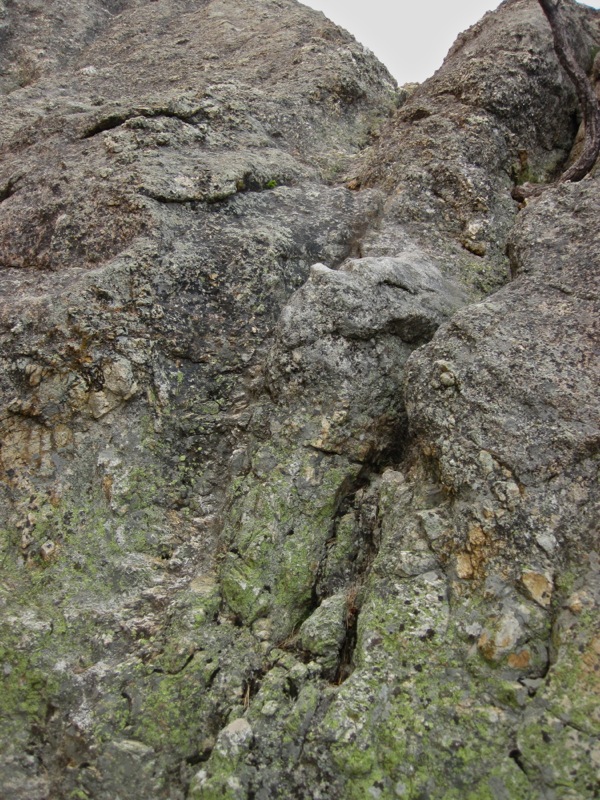 More “trail” up to the peak. 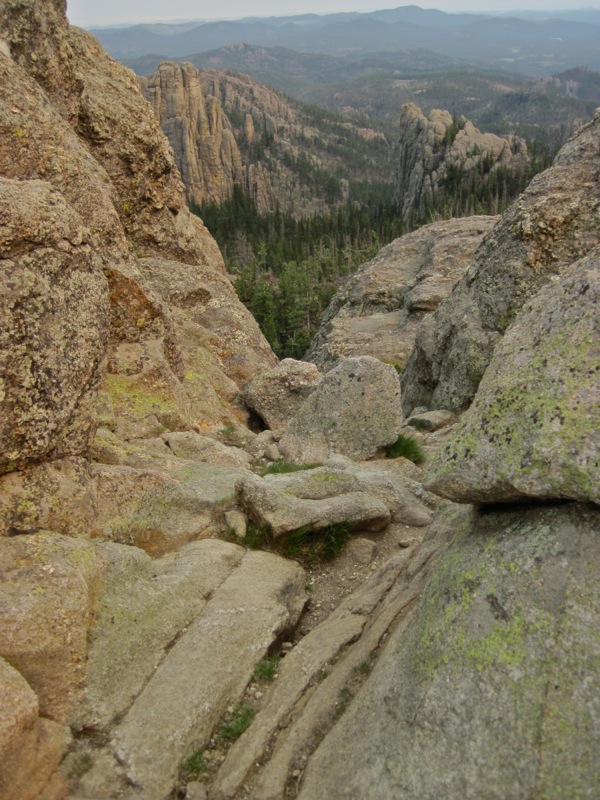 A look down the trail, from near the top. 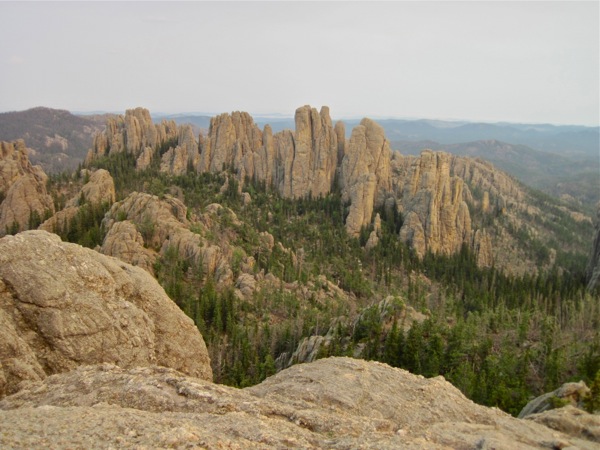 Finally, nearing the top, the Cathedral Spires come into view. 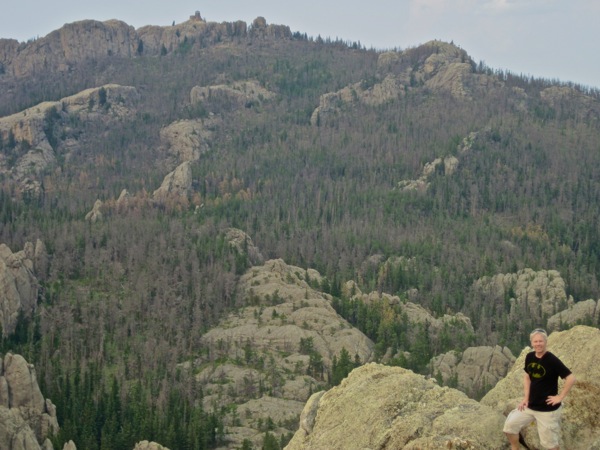 In the distance is Harney Peak, the highest point in South Dakota, at 7242 feet.  This photo also shows the extreme fire danger, her it looks like about more than half of the trees are dead.  It won’t take much of a spark to light the place up.  It’s easy to see why the fire danger is “explosive” now and even outdoor smoking and BBQ grills are prohibited. 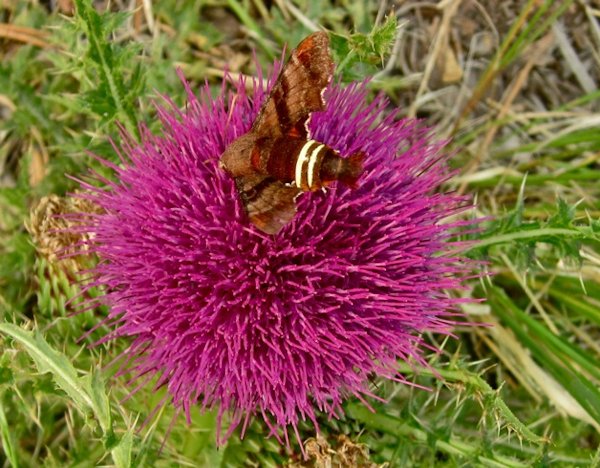 I happened on one of the most intriguing creatures I’ve ever seen on this giant thistle blossom.  It’s a Snowberry Clearwing Hummingbird Moth. It was as though some genetic engineers mixed up moth, bee, and hummingbird DNA and this was the result. It was only a bit smaller than a hummingbird, it flew like a hummingbird, but looked like a giant bee or a moth. It also had a very long proboscis.