To top off our day, we spent some time near the St. Louis river south of Duluth.  Eventually the river drains into Lake Superior forming a large estuary and exits through the Duluth and Superior ship canals, and his held behind by Park Point (the beach from yesterday).  The Ojibwe call the river Gichigami-ziibi (the great lake-river).  It is the largest river to empty into Lake Superior. 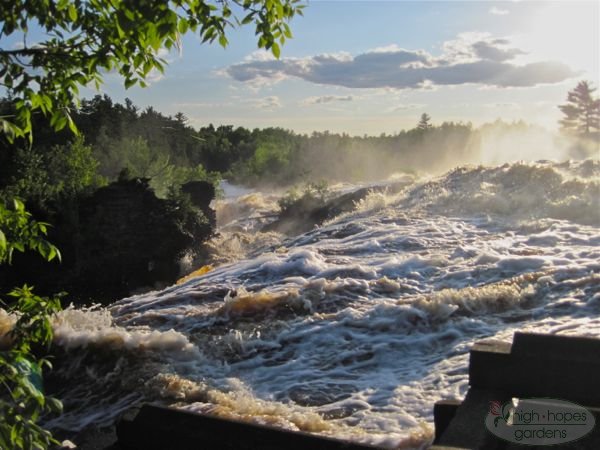 There was 6-9 inches of rain the week before the arrived, so the river was near its peak flow.  There are the highest class rapids (class VI) at this point and below and ABOVE this picture is the take-out point for white-water rafters and more sedentary class IV rapids. 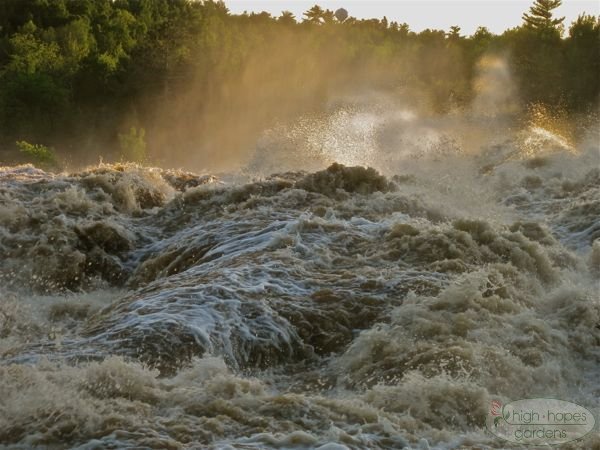 The root-beer colored water roars through this point in Jay Cooke State Park. 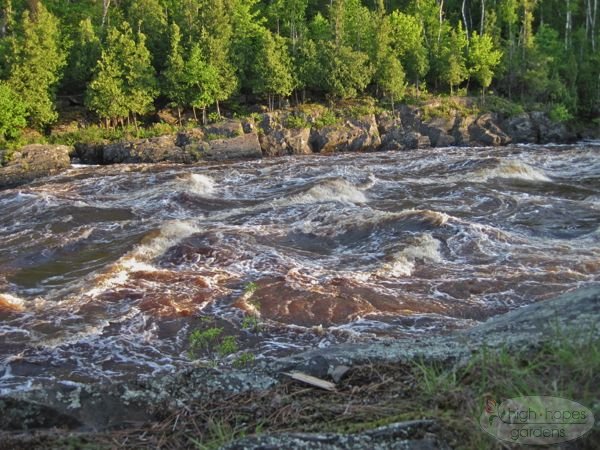 Further downstream, more ordinary standing waves and boils fill the channel.  The river was a loud, brash spectacle of water, rock and energy. 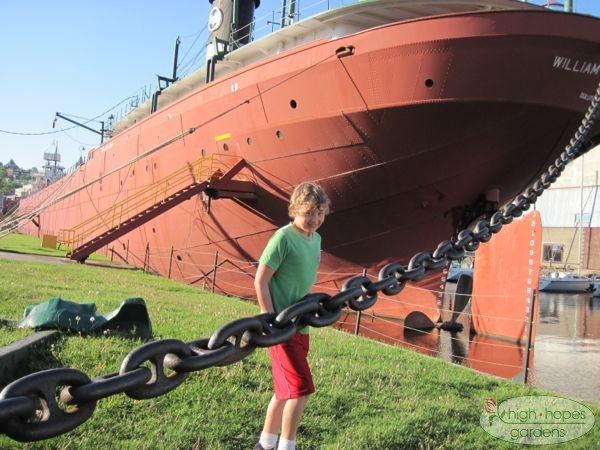 We stopped for dinner at Canal Park, and Martin worked up an appetite trying to pull the William A. Irvin, an ore boat anchored in the harbor.

After our visit to the river, we spent the night at Camp Miller in Sturgeon Lake, where I spent many summers as a counselor, naturalist, trip leader, and camp caretaker.  We stopped in and ended the day with a conversation long into the night with Bernie, a kindred spirit and fellow top-notch gardener and handyman.  The highlight was hearing about his maple sugaring and his first prize ribbon at the Minnesota State Fair for his syrup.