You hear all the time about great finds at garage sales and in hoarder houses, but my sister found the best deal anybody in my circle of acquaintances ever happened upon.  It’s not a lost Picasso or letter from George Washington, so she won’t be able to retire, or even go on a luxury cruise, but for her, it was a great find. 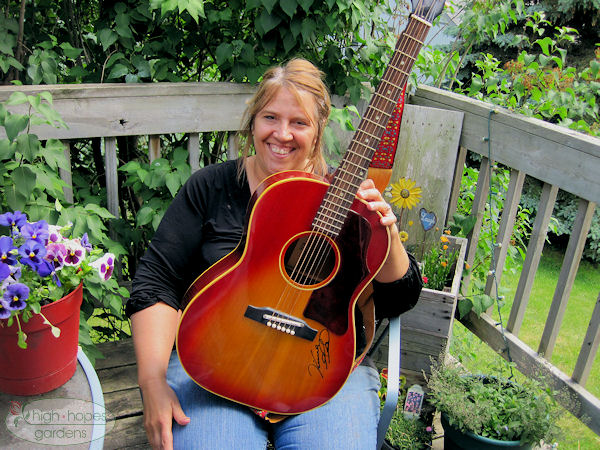 She’s a country DJ and has her basement decorated with posters and pictures of everyone in country music posed with her – Alan Jackson, Keith Urban, Garth Brooks, Brad Paisley, and the list goes on.  She stumbled on this mid 60’s to early 70’s Gibson acoustic guitar – a B-25 in a Sunburst pattern and picked it up for next to nothing. 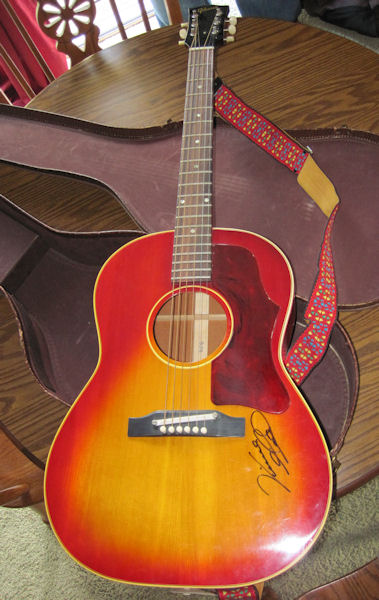 Given her connections, she thought she should have it signed by an accomplished country guitarist, so she waited until she met up with Vince Gill and had him sign the Gibson.

one year ago…”She’s Gone to the World”