The session Linda spoke at was filmed by HBO for an upcoming four-part special on the farm bill and health.  Linda relates that at one point, she may have rubbed one of the panelists the wrong way as a former US Secretary of Agriculture bristled at one of her comments regarding the importance of local and regional food systems to help America become more self-sufficient by 1) eating a healthier diet based on varieties that taste better (and therefore eaten more) than those bred for shipping long distances  2) in case of a disruption of supply from other countries or the Central Valley of California, for regions to grow more of their own food.  The former Secretary seemed a bit agitated and responded that there has never been a modern famine in the US.  As the panel’s job was to tackle obesity, the comment about famine seemed somewhat out of place and after the discussion the HBO crew told Linda “that makes great television.” Although you won’t have the more extensive text that went along with the presentation, I’ll post that tomorrow. 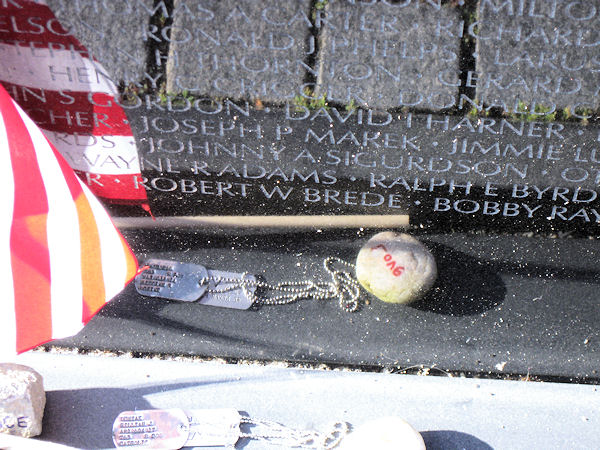 As many have and will find out, the “Wall” is a touching reminder to all of us who lost family, friends, and Americans in the Vietnam war. 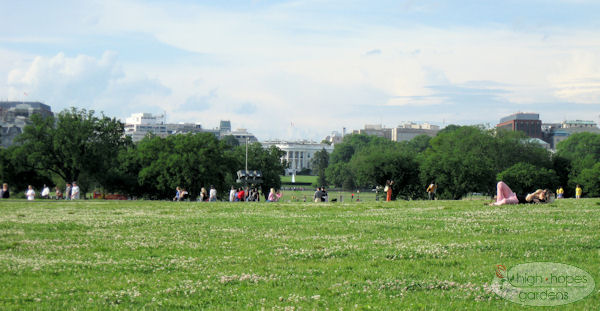 After the museums on the Mall closed and Linda was walking back to her hotel, she had a “moment.”  The herds of middle school tours in their mobs of different-colored t-shirts were flocking back to their buses – the groups themselves people of all colors and accents.  Then hordes of 20ish young adults, also in their colorful kickball or frisbee team shirts came to use the Mall.  Their temporary bases dragged with them, giant elementary-school balls, all having a good time, sans alcohol on the public green space in the Capital.  I think it made her hopeful for Claire’s upcoming summer in DC as well.

one year ago…”Salads By the Gallon”