It was a good week or so for Emma.  She knocked 45 seconds off her personal best in the 3000 meter, she was inducted into the National Honor Society and last (but probably not least in her eyes), prom evening. 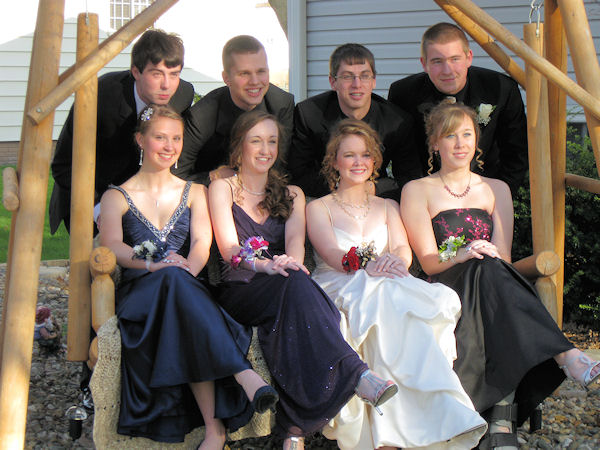 Here she is with all her peeps before prom.  As we told her, although the theme of the evening was “Oh What a Night” it certainly wasn’t meant to exactly follow Frankie Valli’s lyrics:

“Oh, what a night, Hypnotizing, mesmerizing me.
She was everything I dreamed she’d be.
Sweet surrender, what a night!”

We advised that there be no sweet surrender, but a fun night with her friends, prom theme be da$$ed!

one year ago…”Takes a While for the Old Guys”

Bees are fascinating little creatures.  They are no doubt among the happiest creatures that spring has finally sprung. 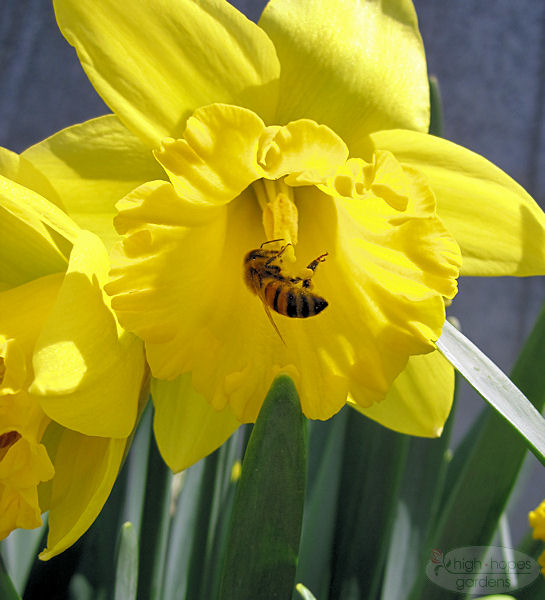 Here’s a bee gathering pollen from a daffodil.  Notice the little yellow sacs on its legs where it collects the pollen. 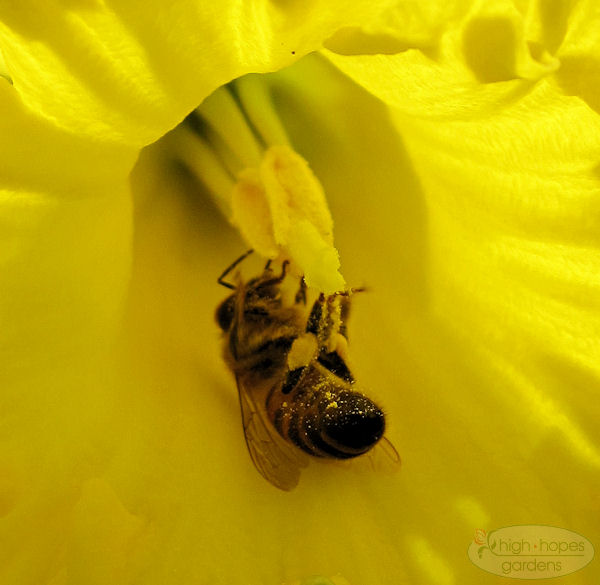 Here’s more of a close-up which shows the sacs a little better. The pollen is the protein that makes the hive hum. 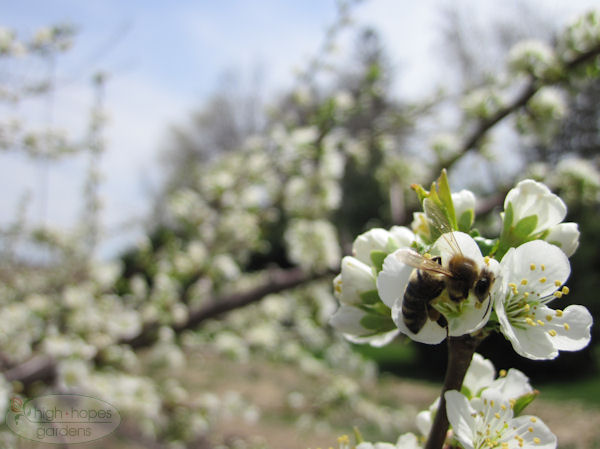 There’s also busy on the first flowering tree, this plum. 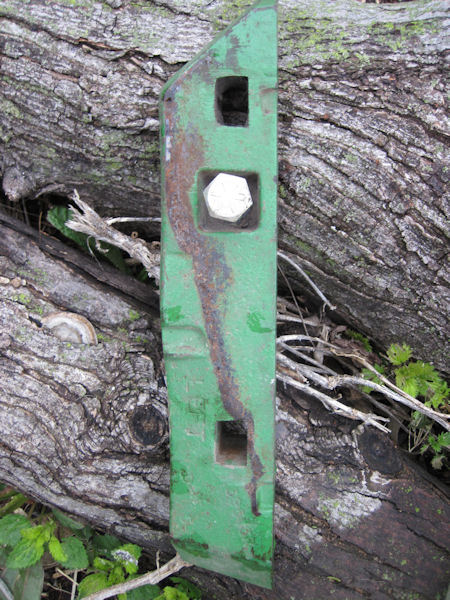 My days attending arena concerts are nearly over. The reasons are many – ticket prices are too high, yacky and/or drunk people behind you spend the whole evening talking/yelling at their friends/spilling beer on you. Turns out most of the artists I like play at smaller venues, so it’s been ok for a while.

But Mellencamp was in town this week, tickets were under $50, he was touring to support the first album to make the Billboard top ten that was recorded in mono since 1964, and he was playing in a small house (2500) and the latest album was very follky.

But all to no avail. Not all of his fans have grown up with him. Despite the fact that early in the show as people yelled out songs as if it were a piano bar, he said, “don’t worry, we’ll get around to the songs you want to hear.” That didn’t seem to prevent the people from behind us bellowing out “Jack and Diane” or Hurts so Good” at every quiet moment.

And when the band left the stage for about a 45 minute acoustic set with just John and his guitar, it was viewed more as “recess time” and time to chat mindlessly instead of listening to these great new songs. I felt bad for myself and bad for the performers that all they really cared about was the songs from 20 years ago. He didn’t quite go Dylan and make the songs unintelligible so people couldn’t recognize them, but he really substantially rearranged many of the hit songs to get rid of the arena-rock chords and make them either more country, rockabilly, or bluesy than the originals. It was nice that he brought back the accordion and fiddle for this tour as well. John was pretty low-key about his political thoughts this time around, with only one pointed remark to today’s politicians when he reminded us of the preamble to the constitution “We the People of the United States, in order to form a more perfect Union, establish Justice, insure domestic tranquility, provide for the common defense, promote the general welfare” He commented that while providing defense seemed to not be a problem, promoting for the general welfare of the people was forgotten.

At long last, the compost pile tulips bring forth. 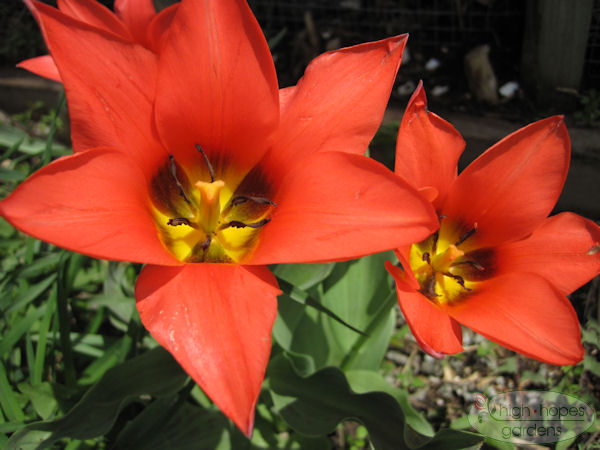 Can the other spring flowers be far behind?