It’s time for some of the day-to-day living that fills our lives.  Music is one of those.  If you’re going to be good at music you have to practice.  There’s no secret code to enter, no extra powers hidden under a rock – just commitment and practice. 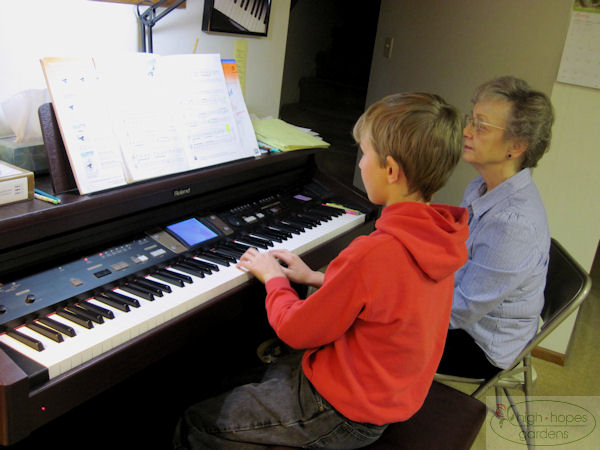 You also need a teacher to advance more rapidly.  Here Martin is with his piano teacher.  I can’t help but think of the kinds of information are best passed down person to person, and not in books, in computers, or video.  Music is certainly one of those kinds of information.

This week was Carole Winkleblack’s last days on the job as director of the Marshalltown Public Library. 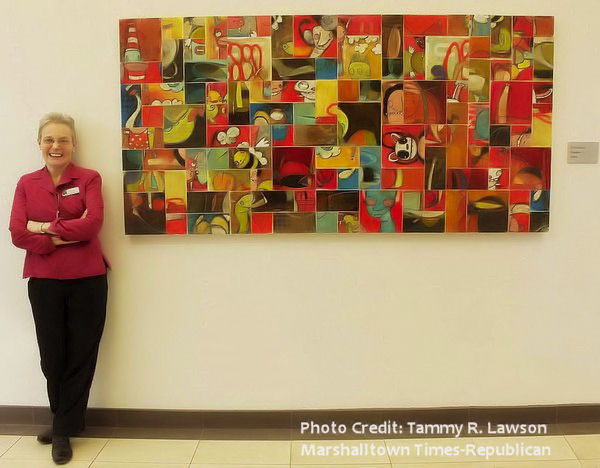 While Carole brought many skills and talents to her position, perhaps after her optimistic personality, she will best be remembered for bringing a state-of-the-art Public Library to town.  The library is Iowa’s only LEED certified library and earned a LEED Gold rating.  In addition, it was named the State of Iowa’s best Commercial/Civic development in 2009.

The library contains Iowa’s largest solar array on the roof, has native prairie landscaping, used local limestone and brick, passive solar lighting, and a host of lighting controls and the like.  It also earned kudos for remaining in the Central Business District, helping to alleviate the trend of dying or dead downtown areas.

Carole will be the first to say the library was the work of many people, and that is true.  In a difficult anti-tax environment, Carole led the bond issue to garner 70% approval by the town’s residents who voted to raise their taxes for the new library.  Yes, it is true that many people were involved, it is also true that without the spark, enthusiasm, and attention to financial detail, that Carole brought, the library would not have been built to have such a low impact on future energy and bills.

Carole has our family’s deep appreciation for providing the leadership for this project.  Now, we look forward to visiting Carole in her so-called retirement as she and her husband rejuvenate an old Iowa Farmstead somewhere along the state’s namesake river where Carole can attend to chickens, restored prairie, saplings, children, gardens, and a classic farmhouse for a while!  Thanks Carole!

There was a bit of a surprise in the chicken coop this evening – a mini-egg!  This egg was so small it would fall right through the egg basket! 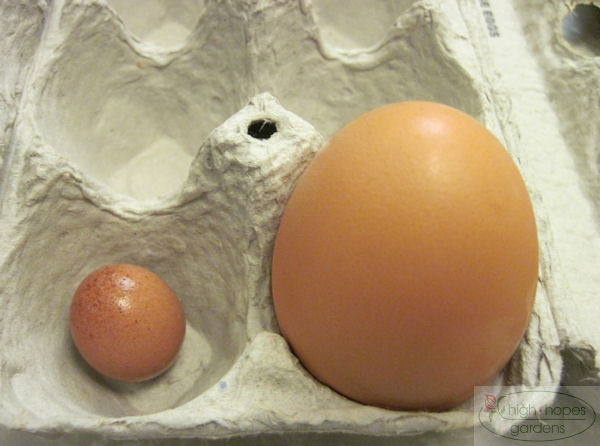 We’ve had some weird eggs before, but never one this small.  I guess if you were on a low cholesterol diet, you couldn’t get into much trouble eating this one.  I was hoping it would have a perfect little yolk, but it was all egg white inside.  Wouldn’t that have been cute in the frying pan?

one year ago…”How Much Noise Does a Skystream Make”

Well, it’s finally ready for prime time and moving in. All the paper files, computer, desk and what not have been relocated from the back room behind the kitchen. As a bonus, it seems warmer and quieter. 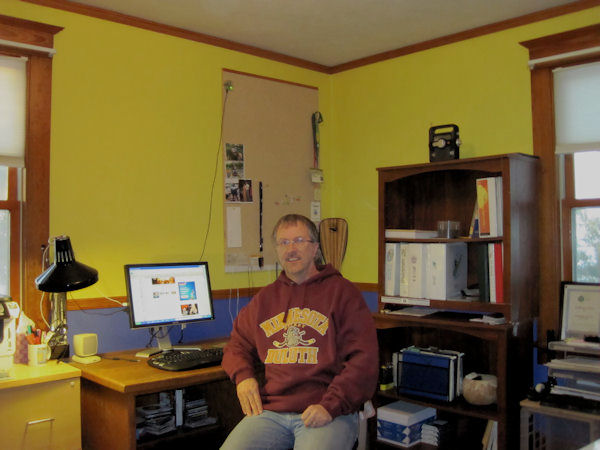 It feels rather luxurious to have enough space to spread everything around.