Remember a few days ago this same shot with piles of snow and frost – all gone! 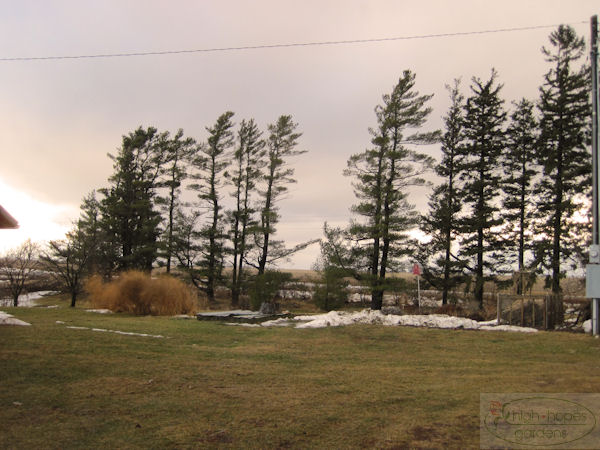 When it gets up to 61 degrees on December 30, snow goes by-by real fast. 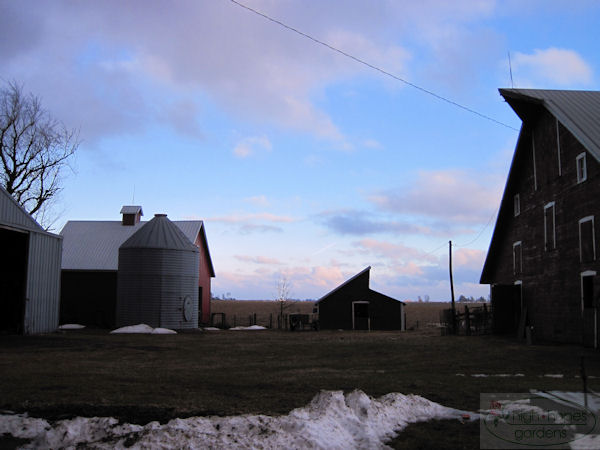 This airmass feels much like early April – first cumulous clouds after months of stratus, warm, moist air, and the promise of apple buds.  OK, now I’m getting carried away with the apple bud part.  And I think we all now what might follow this respite!  But at any rate, it’s nice to rid the driveway of ice and have a clear slate for the snow to fall the next time.  It’s like Winter 2.0, starting January 1 without any snow.  Hopefully it makes for a shorter mental winter.

Claire (and I) woke up at 4:30 am for her flight from DSM to Chicago.  It was delayed from 7:30 am to mid afternoon, and her connecting flight to Montreal was also delayed, so she had an extra 12 hours or so of waiting in airports today. The best part of the day, wasn’t the delay, but not having her luggage arrive!  Sometimes too much information isn’t a good thing.  I was tracking her flight on flight tracker and watching the Chicago radar and as she was en route, there were tornadoes SW of Chicago, with the storms heading that way – it was a race, would the plane beat the big storms to O’Hare?  The plane did and most of the strong storms went slightly south of Chicago, so the plane landed without incident.