My “off-farm” volunteering this year includes a coach/helper for Martin’s First Lego League team.  We’ll have more about the team later, but today’s event centered around team-building. 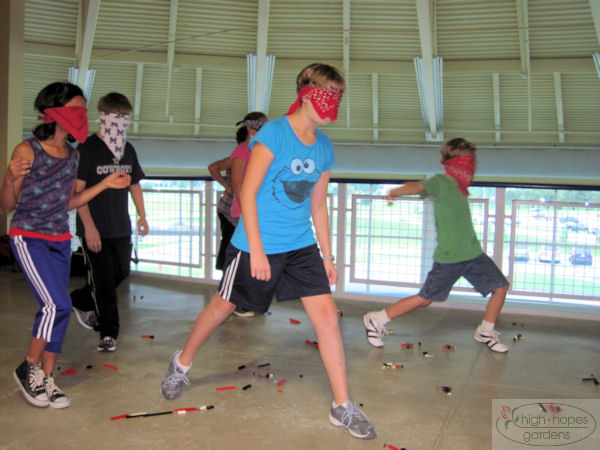 The first step was to partner up the kids, blindfold one, and have the the “sighted” one guide the blindfolded one through the lego mine field.  This was a great activity and analogy for making a lego robot as the blindfolded kids represented the robot and the kids giving instructions represent the robot programmers. 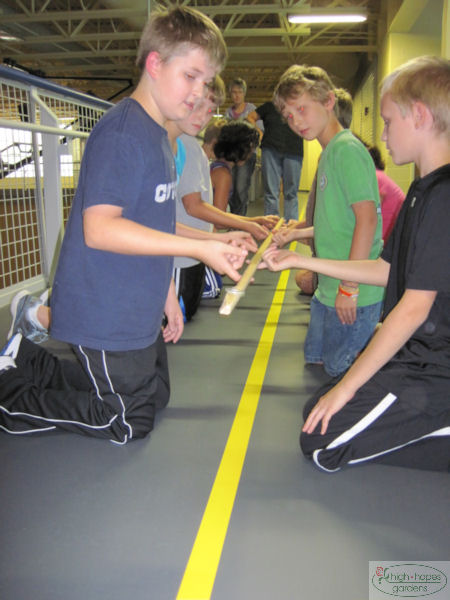 Another activity was to raise and lower a stick with each kid always touching the stick with a single finger as it rises and falls (it’s harder than you might think!) 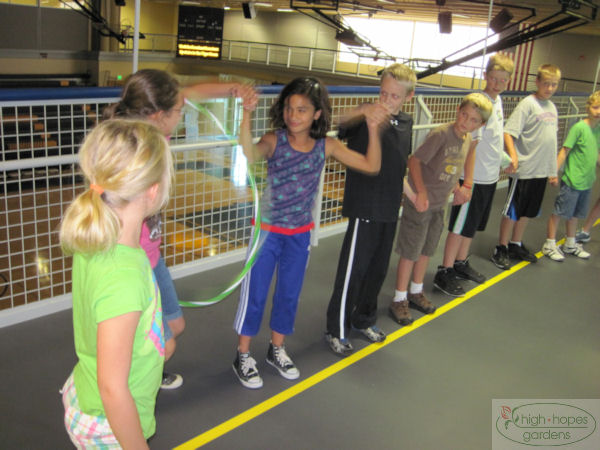 Who can’t have fun with moving a hula hoop down a line without breaking hold of the hand of the person next to you! 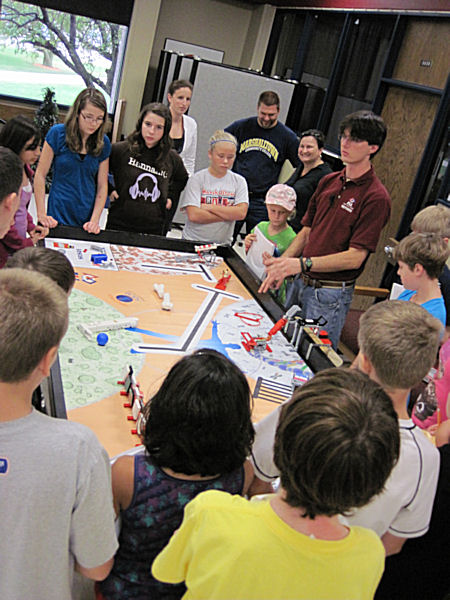 The final part of the day was to review the official board and rules of the robot challenge.