You could ask for a nicer day, but might not ever get one!  Today, we roamed Devils Lake State Park. 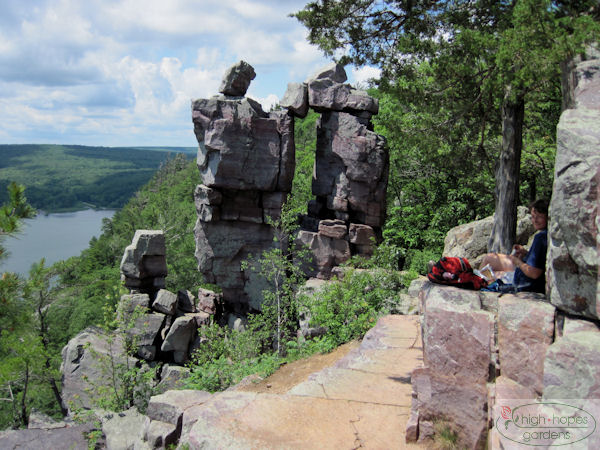 I’ll lead with what may very well be one of the world’s most scenic lunch spots.  A nice rock ledge shaped like a chair, an awesome overlook, a light breeze, interesting clouds, and temperatures in the low 70’s!  The featured rock formation is known as the Devils Doorway. The lake’s name was thought to derive from a mis-translation (or marketing gimmick) of the native American names roughly translated as Spirit Lake, Sacred Lake, or Holy Lake. 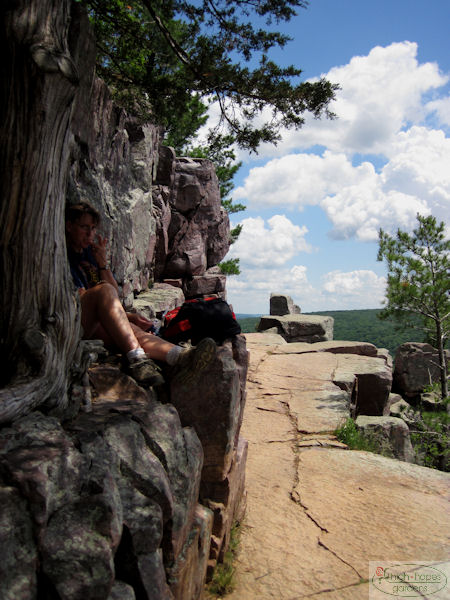 A look at the same spot, only facing away from the lake. 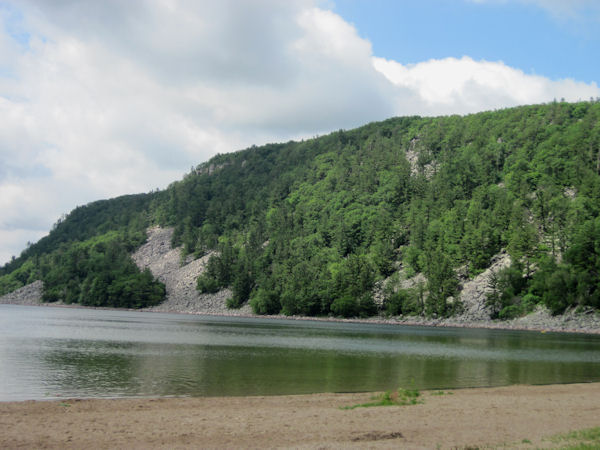 The lake is a clear with a sandy or rocky shore that fills the remnants of an old glacial valley with bluffs reaching 500 feet above the water. 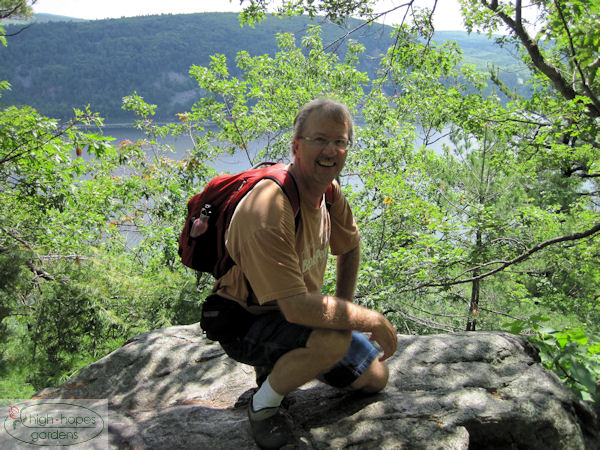 After hiking up from the lake along the West Bluff Trail, we pause for a break in the lushness of the spring vegetation.  Since there’s hardly ever photos of me on the blog, Linda took the opportunity to take some of the man behind the camera.

Yet another promontory on the West Bluff Trail. 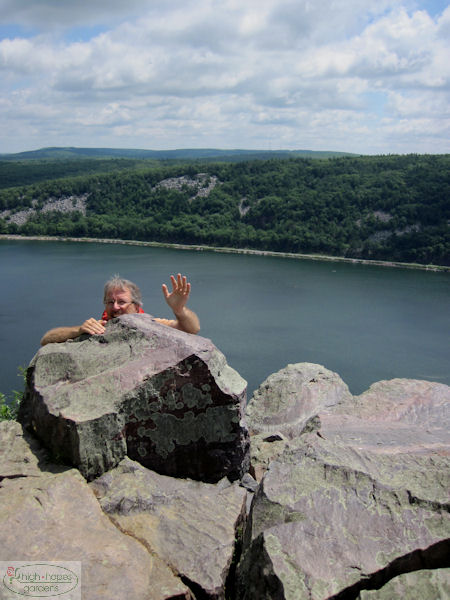 One of my favorite pastimes is hanging over the edge of precipices, one thing I don’t get much of a chance to do much anymore. 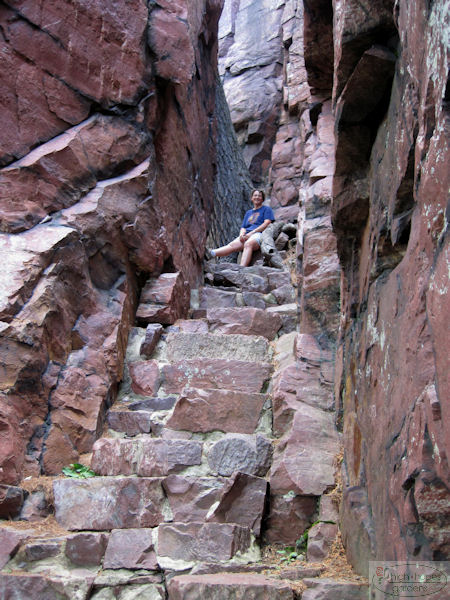 This stretch of  steep trail is on the Potholes Trail – which leads to a geological formation called kettles, which are round holes where rocks have circulated in soft rocks in a river and dig out round holes.  I’ve seen them often in Minnesota, but here they were near the top of the hill in 1.6 billion year old rock. 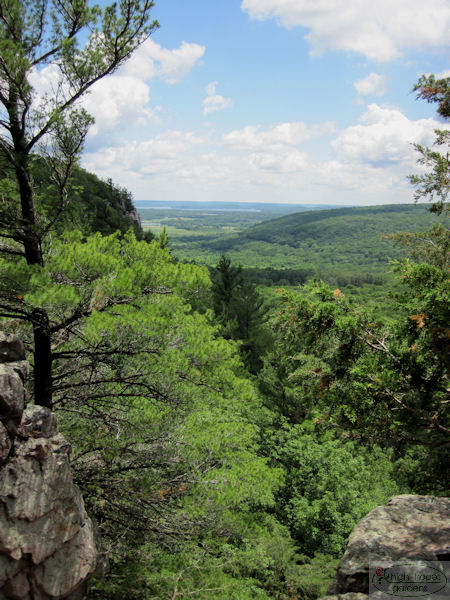 Here’s a view from the end of the lake looking east out of the glacial valley.  It was truly a spectacular view in all directions with rolling hills as far as the eye can see. 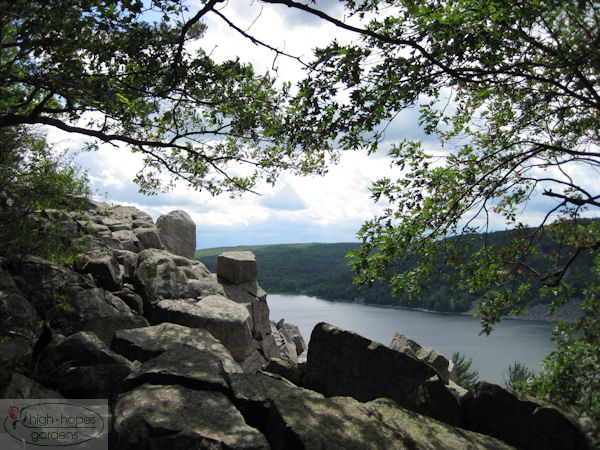 Finally, much later in the day, another panoramic shot from the East Bluff Trail.