Pearl successfully gave birth today.  Last year we just found her two newborns dead.  This year she had two kids and is fairly fierce in guarding them. 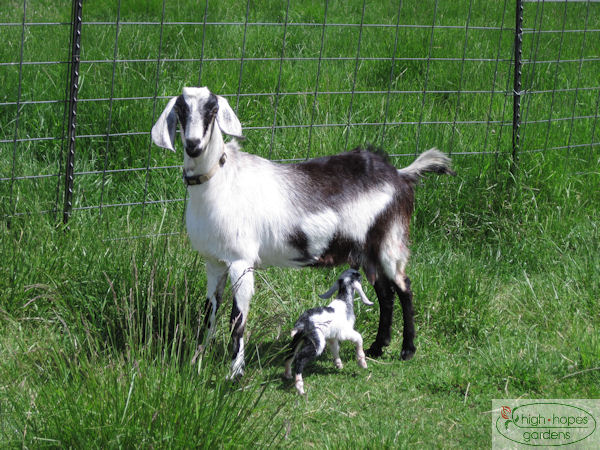 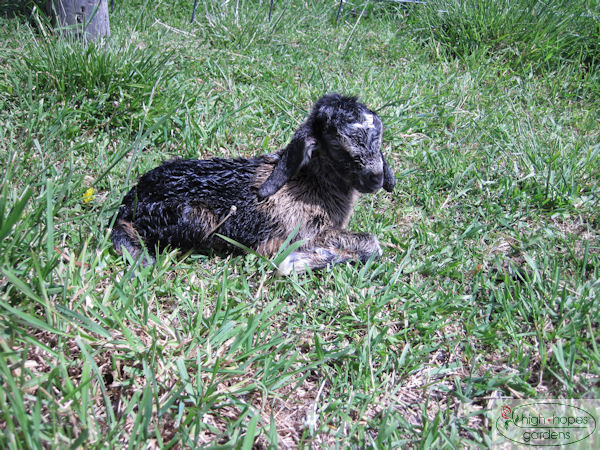 After we found them in the pasture, we moved them to a pen to get acquainted and not lose each other.  The children went into look at the kids in the pen and she started pawing the ground, then lowered her head and the children decided it was time to leave.