Now that we are getting out and about, a couple of crops have taken a significant hit from the deep snow and drifts this winter. 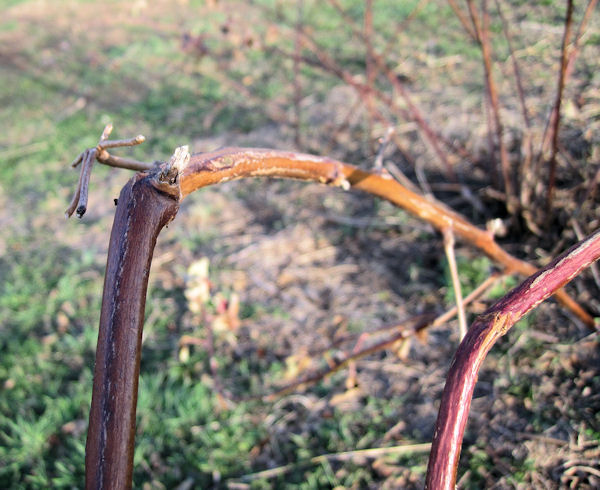 Many of the blackberry vines were bent over and cracked.  In some ways it greatly simplified pruning – just getting rid of the damaged vines accounted for much of the pruning.  The patch should survive the damage just fine, however. 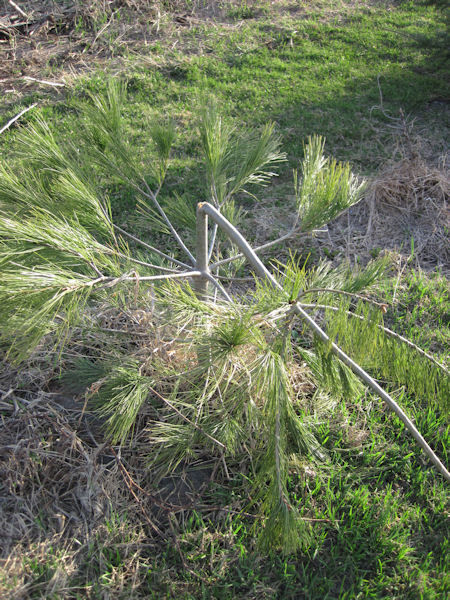 The white pine Christmas trees are another story.  I’d say at least half of the trees were damaged beyond repair.  Here’s as example of the type of damage.  The Canaan Firs held up much better, probably due to their nature and the fact they were a couple of years ahead in growth to the white pines.