The weather people missed out on predicting this storm  We went from winter weather advisory to Blizzard warning in a flash.

I’ll only bother you with four seconds of the view while I was waiting for the early out bus near the closest blacktop road. 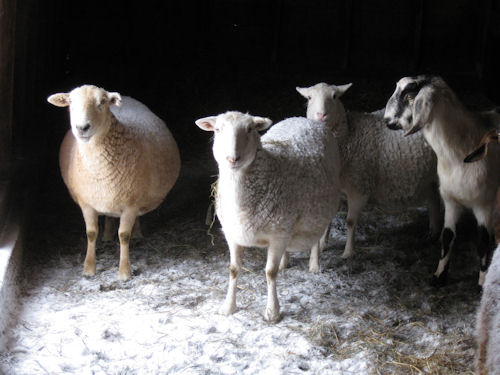 We’ve learned it’s just best to take the lead of the animals and hunker down until it passes, like the animals in the barn.

I had to laugh at the poor sap they interviewed on TV who said he shoveled his sidewalk 12 times today – after each shovel it filled in with snow in just 10 minutes. Evidently it took him 12 times to realize it was pointless and it might be better to shovel it just once after the wind stops blowing!

I-35 is closed from Ames to Clear Lake and I-80 is shut from Newton to Grinnell, so we are pretty much getting hammered.

one year ago…”Snowbanks are Back”