Martin decided he wanted to be a spider for Halloween – so he made his own costume out of black clothes, black chore boots, and some pipe insulators for legs (Martin wants to let you know there’s eight legsÂ  if you count his legs!). 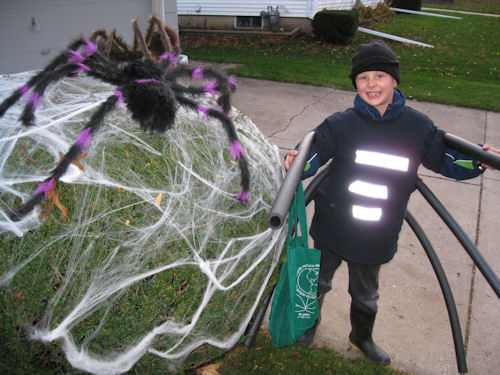 He learned the benefits of a home-made costume as one of his fellow trick-or-treaters wore a store-bought werewolf and almost every other candy provider asked the werewolfÂ  “haven’t you already been here?” as there were a number of identical werewolves roaming the neighborhood.

one year ago…”Snakes on the Table”