Recently I had the chance to attend the Iowa American Legion Auxiliary Girls State.  The Auxiliary unit from my town sponsored two girls to go to ISU for a week and be completely immersed in the fictional state of Hawkeye.  We were all citizens of cities, counties, and the state, and had to run for office, campaign, give speeches, and vote.  We also had guest speakers and lots of singing! 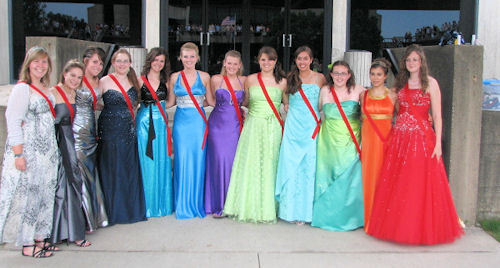 This photo is of the final candidates for state level positions from both political parties.  On Inauguration night, wee all got to do the flag lowering.  I ended up being the candidate for attorney general of my party, and lost by a small number of votes.  I also became city manager, after losing mayor by one vote.  I was also the parliamentarian for my party state convention, received the director’s choice award for my party and city, and I was an alternate to girls nation. 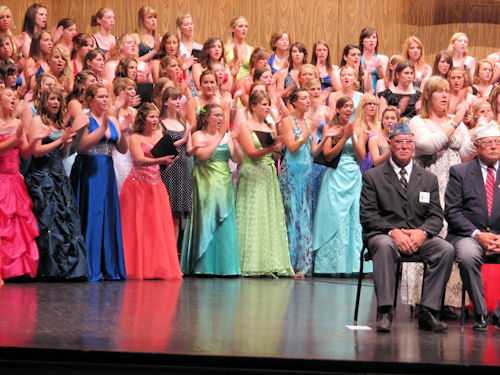 At the inauguration all 300 girls sang in a choir. Â  There were city council meetings, ordinances passed and failed, county trials, and the House of Representatives and Senate passed bills that the governor signed into law.  Even though Hawkeye was a fake state, the whole process felt completely real, like real issues were at stake.  It was an amazing experience filled with amazing people.