The competition was extremely strict and regulated.  The first day was a training day.  They took all 57 teams (representing different states and provinces) to an undisclosed location, which was the Flagstaff Arboretum.  There were 5 stations, for each of the categories.  Wildlife, Forestry, Aquatic Ecology, Soils and Land Use, and Current Issue (which was the Recreational Impact on Natural Resources).

There were official people at each station with little headsets that regulated exactly when it started and when it stopped.  Once it was over, the speaker was cut off, so everyone would get the same amount of time.  We also had official notebooks and couldn’t bring anything but water and the “Learning Logs.”

The next day was testing.  They took us to another undisclosed location, Catarac Lake, and tested us over the 5 stations.  Then, Thursday was the trip to the Grand Canyon.  Friday we had training for our oral presentation in the morning, then we were sequestered in a room with only the 5 team members for 8 hours.  There were people that were essentially prison guards, to escort us to the bathroom and drinking fountain.  Everyone was given the exact same supplies.  At one point, our scissors broke, and it took 2 hours for them to check the scissor’s policy and get back to us with a new pair.

The next day was the oral presentation.  It was a 20 minute speech about a recreational and restoration plan for a park in Arizona.  Our group, being musical, incorporated Beatles music in both the introduction and conclusion. 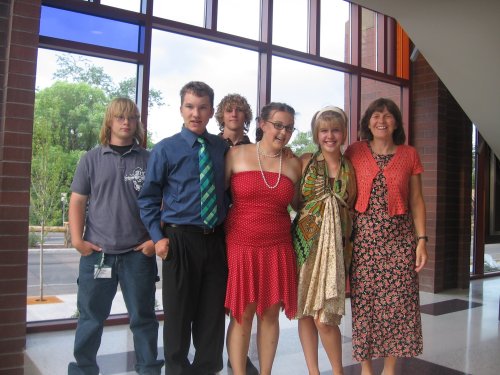 This is a team photo on the last night, at the awards banquet and dance.  Our team gets along, most of the time, but we can get on each other’s nerves, as we did at the competition.  By the end of the week, we had decided that we had enough team bonding for a while! 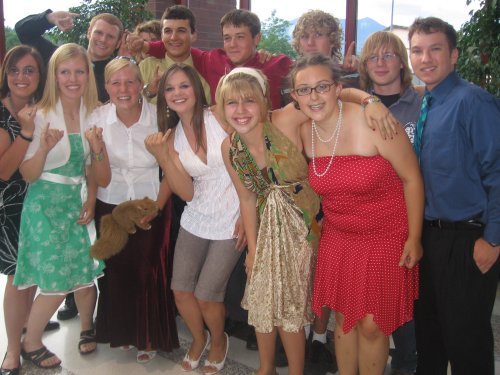 Here are Iowa, Illinois, and Idaho, the “I states.”Â  Indiana was not included in this.  Over the course of the week, these 3 “I” teams became pretty close.  Whenever we saw each other we’d yell whatever state they were, or “I power!” or something to that effect.  We also had our “I” state symbol- holding up the pinky.  So when Idaho got 10th place, all of the “I” states were going crazy, and holding up our little “I” signs, as did Idaho on stage.

Many of the state champion schools were special charter schools, or special science and technology magnet schools, or college prep schools.  We were just a normal public school – we weren’t expecting to do extremely well, but we finished 21st out of 57.  We were very happy with those results.  We did our best, and could not have expected any more.

It was an amazing experience to find about 250 other “environerds” like ourselves, very refreshing.  We all had some amazing discussions about invasive species, cryptogamic soils, and watersheds, which was very refreshing!