In the spring of 2007 we planted seven different varieties of ornamental willows in a low section of the back pasture.  (VarietiesÂ  –Â  PlantingÂ Â  –Â  Washout) 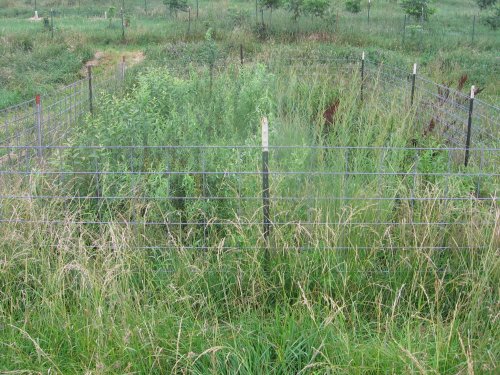 Although it is hard to discern from this photo, the willows have all taken off – we plan on using this as a nursery to propagate more willows further down the wet stretch of pasture. 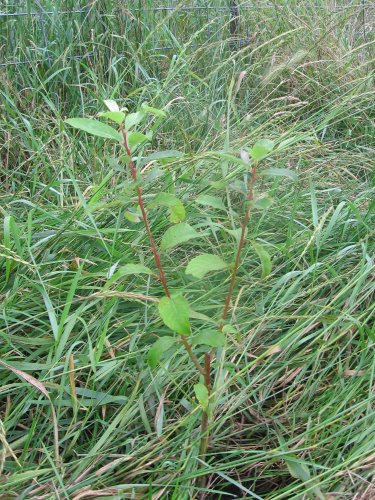 This early spring we coppiced (pruned) all the willows back to the ground and for an experiment, wanted to see how well they’d root without any attention or care.  We we took some cuttings, found some soil that was unfrozen and stuck about eight pruned sticks right into the ground and forgot about them until recently.  Nearly everyone survived – even though they were just stuck into the ground in an established pasture, they rooted, and grew under the cover of grass that was not mowed.  Now we now that they are rather self-sufficient, next spring we can go nuts and start propogating many more from the nursery we’ve established.