All told, we were 10 days in Costa Rica.  We stayed in San Jose for six nights, Liberia for two nights, and Punta Leona for a night. 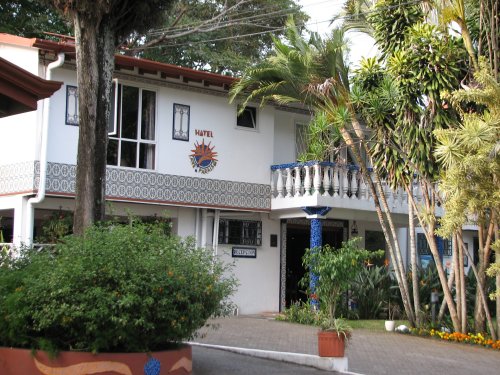 These are our digs in San Jose.  It is tucked in a corner of the University of Costa Rica and had a nice grounds and exterior and functional rooms.  Most of the time we had hot water! The place also had nice gathering spaces where many people could sit and chat if they didn’t want to be in their room. 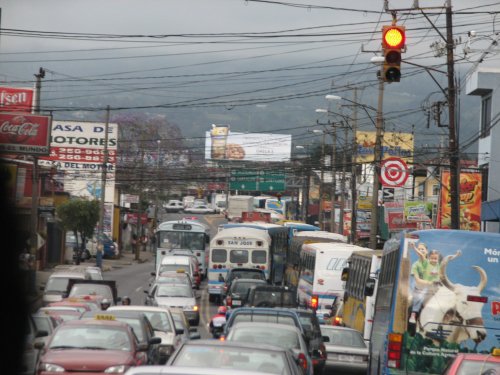 I wouldn’t mark down San Jose as a “can’t miss” tourist attraction. It’s a city of one million plus with european size street and american style traffic.  Most of the homes were gated and even had razor wire on top of the gates. I would not consider driving a car there.  Most of the streets are unmarked/unnamed and driving takes different skills than U.S. drivers possess. 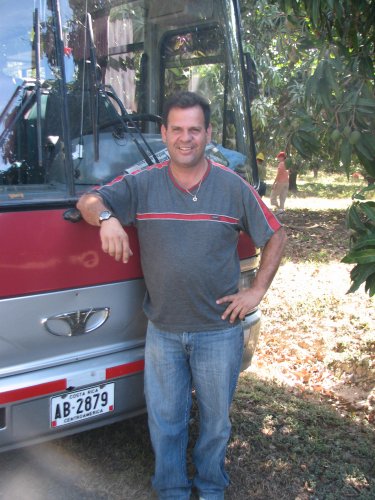 Here is Javier, the “most valuable” player of the trip, our bus driver.  He negotiated both city driving and country driving with reliability.  Out in the country, the roads seemed to be about as wide as a driveway, with no line markings, and equal numbers of buses, cars, motorcycles, bicycles and pedestrians and no shoulders.  Up in the mountains we saw semi-tractors backing down the road because they couldn’t make it up the steep road.  We had one particularly harrowing night in the fog on a winding road up a mountain when numerous semi trailers were dead on the road without lights or caution markers, often times right after a sharp curve. Through it all, we felt safe with Javier at the helm! 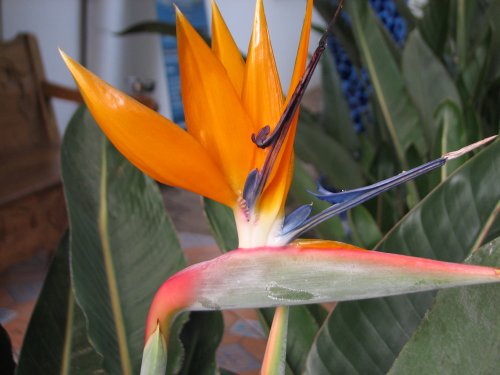 I’ll leave you not with urban sprawl and bad roads, but a bird of paradise flower which are common throughout the country.  Shortly after I got home, I realized that if I wanted to, I could probably retire tomorrow and move to Costa Rica and live the rest of my life without having to add any more to the retirement account!  One of the days we were walking out in a rural area, I think either after the visit to Alvero’s farm or the strawberry farm and commented how there are many worse lives than spending your time tending crops and animals with your family, without all the conveniences of modern life (dishwashers that don’t drain, for the most recent example from our home!).