Our first tour was to an organic farm.  The farm was located up in the mountains outside of San Jose, the capital city. 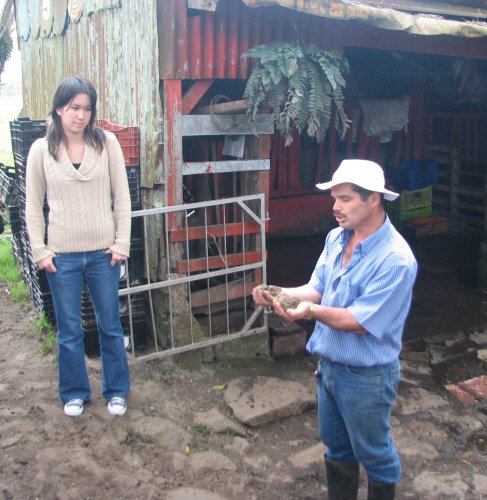 The man in the white hat is the farm operator and the woman is the daughter of one of the professors at the University of Costa Rica who came along as the interpreter.  Here Alvaro discusses his composting/soil fertility system. 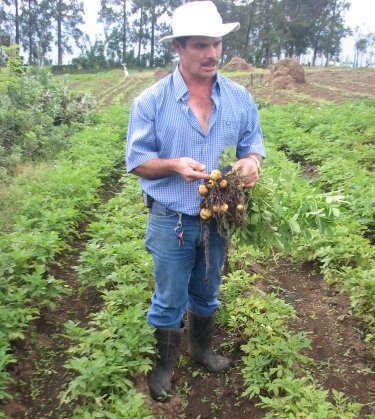 There is a commercial potato farm across the road from Alvaro’s farm that struggles with pest and disease problems, requiring many applications of fungicides and insecticides.  Alvaro’s potatoes do not suffer the same problems and his explanation is the soil characteristics and the potato variety. 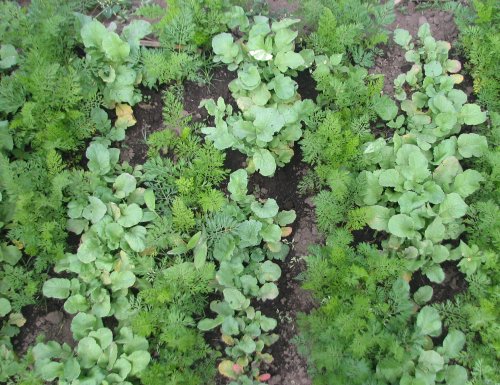 Here is an intercropping of carrots and radishes in one of his diversified beds. 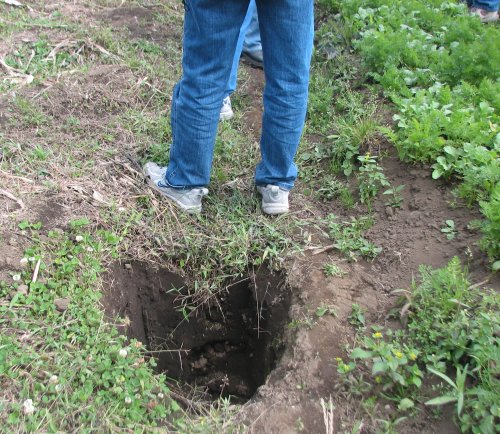 Farming on a slope in a place that receives 120 inches of rain a year requires some ingenuity.  He digs these holes throughout his farm along natural drainages.  They receive water during rains and if the erosion starts moving soil, the holes catch the soil so it doesn’t leave his farm 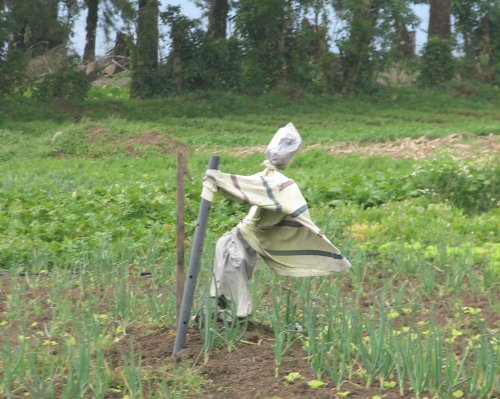 Alvaro had many scarecrows to try to frighten off birds.  Here’s one that give the illusion of movement. 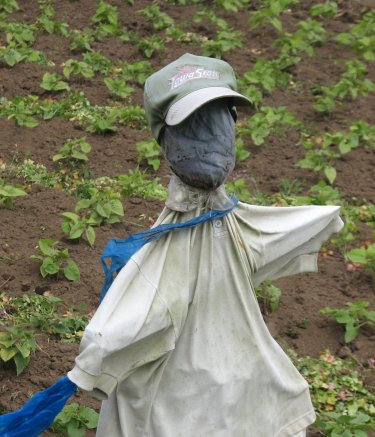 Here’s one wearing a cap from Iowa State! That should be good enough to scare any pest away! 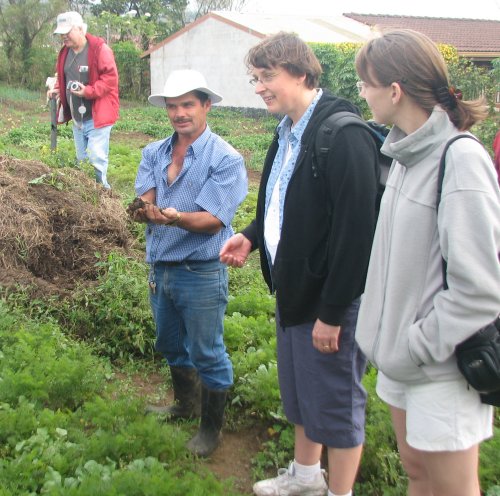 Alvaro also uses vermiculture to help break down organic materials and improve his soil.  He piles up weeds and wast organic matter in the field and seeds them with the vermicomposting worms to break down the piles faster.  Here we are admiring a sample of the worms and the powerful castings. 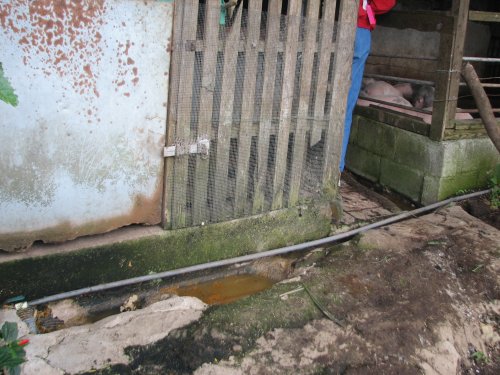 Alvaro is very much an innovator. Here is a drainage that comes from his pig pen to an inlet pipe.  The interpreter used a kind word to describe the animal manure.  She said “the dump from the animal.”  Alvaro has recently been convinced that his system would not work nearly an well without animals as part of his system. 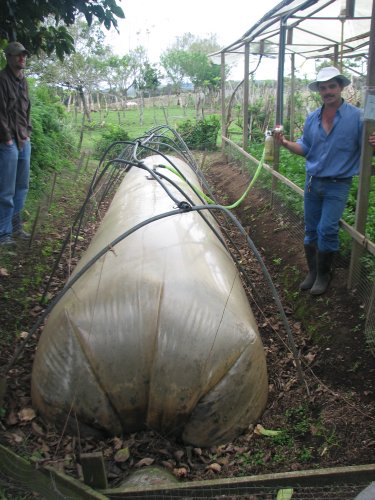 The dump goes to what he calls his artificial intestine, a makeshift methane digester.  He made this system for less than $100.  The slurry goes into the digester, there’s a relief valve for the methane and a water lock for the liquids leaving the bladder.  He pipes the methane to a stove that he uses to dry things in a nearby shed.  He hopes to someday build his house here and use the methane for the cookstove in his house.  Again, a really neat low-tech solution to making nearly free energy from a waste product in most modern non-integrated production systems. 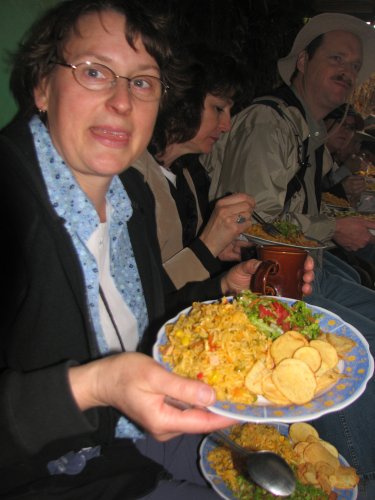 Finally, he didn’t let us go without providing the 22 of us with lunch!

The second half of the day we visited a fruit broker that was recently purchased by Wal-Mart.  We visited the warehouse where the farmers dropped off the products and they were routed to trucks.  We were not allowed to take photos, had to take off all our jewelry, including rings, earrings, and the like.  The warehouse was essentially a building with loading docks on both sides full of crates of products in the middle.  They were happy to take many pictures of us (although we were forbidden to do likewise).

The owners were very proud that Wal-Mart purchased them, but their formula for offering farmers credit to expand, offering growing assistance, and cornering their market sounded a lot like business from colonial days on forward – get farmers in debt, become the primary source of information, and control access to markets.  The farmers in this system even have to buy and package the products.  So, if you are a potato farmer, you have to bring all the potatoes already weighed, cleaned, and bagged in the retail containers/bags and purchase all the packing materials and handling equipment.  The morning and afternoon could not have demonstrated a bigger contrast in growing and distribution systems.  Interestingly, the organic farm was the most popular visit for most of the trip participants.