After a 10 day absence we are back! We’ve been in Costa Rica and just returned. 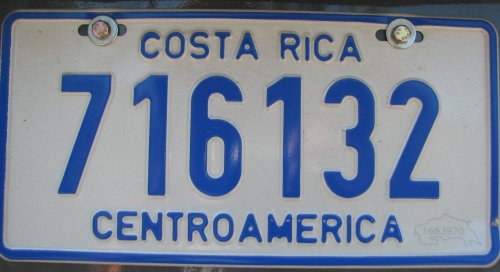 As I get time, I will have about 10 days worth of photos from an agricultural tour of Costa Rica. We were invited to trek to Costa Rica by a group at Iowa State that is the beneficiary of a global agriculture grant. About 22 of us went down to Costa Rica and this summer about 15 or so Ticos (Costa Ricans) will come to Iowa to do likewise. Our hosts were from the University of Costa Rica and they arranged the itinerary that included a variety of farms and lodging as you’ll see in the next few entries. It was a rare chance to get an inside view of tropical agriculture, with great variety – from a small organic farmer high up in the mountains, to a fruit broker recently purchased by Wal-Mart.

In our introduction to Costa Rica we learned some interesting facts. Costa Ricans have a slightly longer life expectancy than the U.S., a nearly equal literacy rate to the U.S., but only 10% of U.S. income. The country has a much higher standard of living than its Central American neighbors and when we asked the presenter why he thought the reason that Costa Rica was so much better off than its neighbors, he said in part, it is because in 1948 Costa Rica abolished the military. In so many cases, Ticos saw Central American countries using military force most often against their own citizens, with frequent civil wars, military coups, and the like. They reasoned that the country was so small, if a big country really wanted to invade, their military would not be able to stop an invasion any way. So, they funneled all the military spending into education, health care, and other services and the result is a country that many immigrants from other countries flock to for work and a chance at a better life.