Today was another day along the new Route 66, I-40 in Northern Arizona. 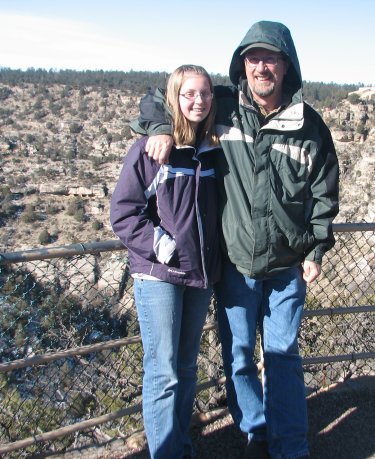 The first stop was Walnut Canyon, site of more ruins of cliff-dwellers (visible in the distance just above Emma’s elbow).  The trail to the ruins was closed by a recent large rockslide and boulders.  The national parks geo-hazard team was on the way to assess the possible remedies.  I asked the ranger why wouldn’t they just dynamite the trail clear?Â  Evidently, they think that blowing stuff up might damage the ruins in the canyon, either from the blast or continuing journey of the house-sized boulders further down the canyon!  So we were limited to the rim trail. 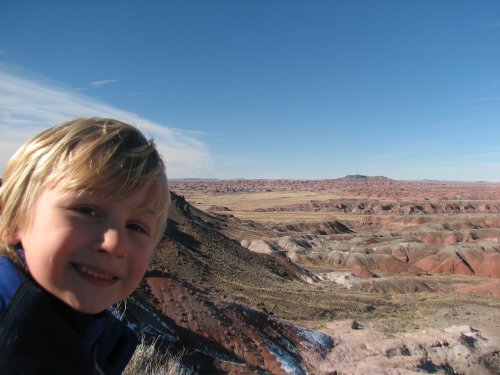 Next stop was the Painted Desert National Park. 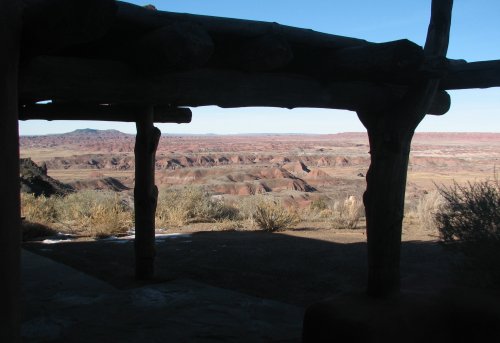 These badlands are brightly colored and a delight to the eye. 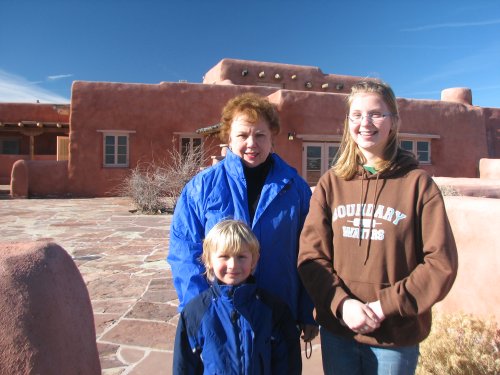 Nana and Emma and Martin pose in front of the Painted Desert Inn, now a National Landmark.  When the building was originally built, the walls were composed of pieces of petrified wood.  A later renovation covered the original walls with a layer of earth-colored abode – but they were mindful to leave one section unplastered in adobe so the original could still be viewed. 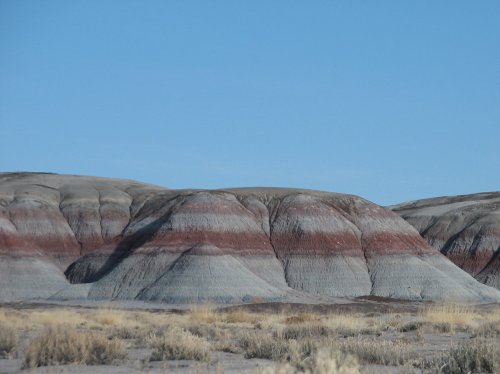 The badlands really vary in colors from many shades of red to grays and blues. 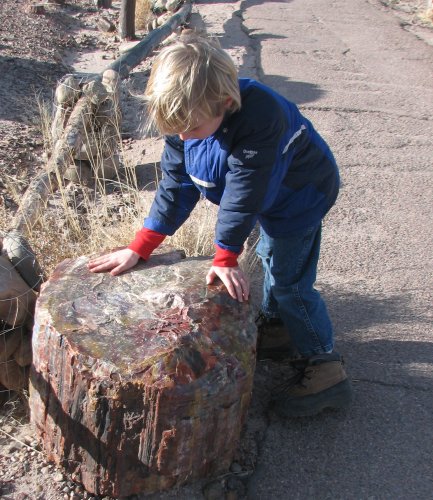 Finally, a six year old’s dream playground – petrified logs as old as dinosaurs! Here Martin contemplates the series of geological events that had to happen to bring these fossilized logs to the surface. 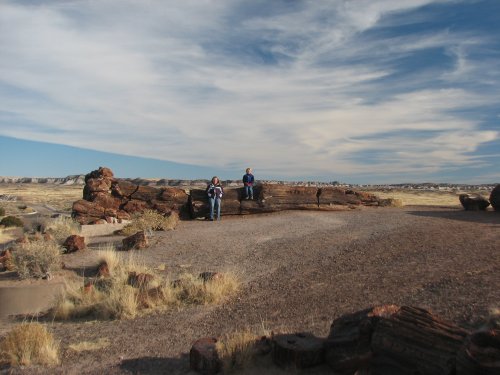 Martin and Emma pose on “Old Faithful” the largest petrified log in the park. 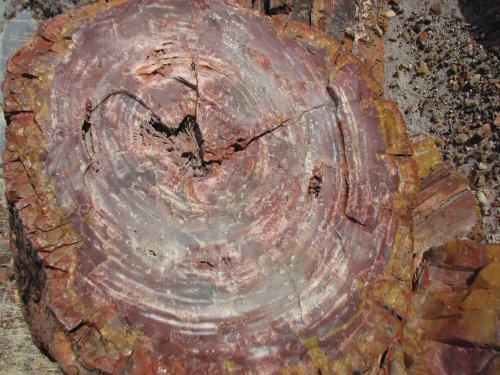 A cross section reveals a galaxy of colors.  In brief, the petrified wood was formed when big trees fell in a huge river and washed down to the delta.  All the leaves and branches were stripped away on the tumbling journey.  They came to rest and were buried by more mud and the final, necessary piece was a layer of ash from a distant volcano.  Then, through time the minerals from the ash and mud above replaced the cellulose one cell at a time.  The petrified logs were then uplifted and the surroundings washed away to be revealed 225 million years later.
one year ago…