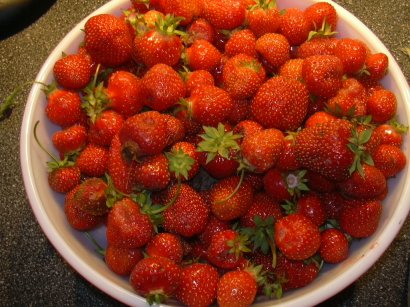 That means that it is that sweet time of year for strawberries with each meal, snacks, made into jam, and frozen. The season is so sweet and fleeting. 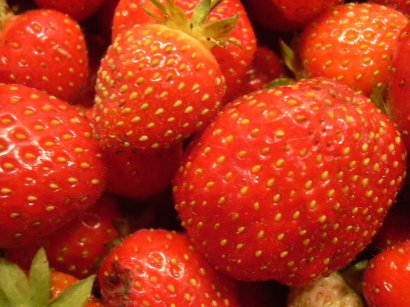 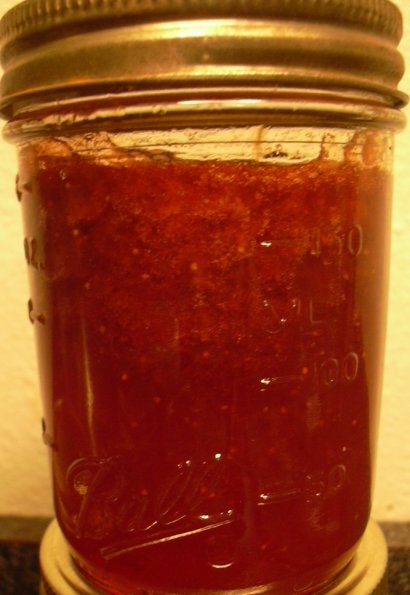 Today we made one batch of jam – that’s all the Sure-jelll we had leftover from last year.

Today the ponderous bee swarm swayed in the wind. We located an empty hive down below the swarm in hopes that they may move in there. They were too high in the tree to try to move. We were weeding the garden when they decided to blow this popsicle stand. They all swarmed in a cloud, moved over the raspberries and took of to the east and were gone in a a matter of a couple minutes. I wonder where they went? Do they send scouts out to find a new place? How do they decide where to go and who to follow? Is it like the Borg from Star Trek? Perhaps its a simple HTTP protocol?
At any rate they are gone.

Blue came home very ragged after a T-Storm yesterday. He looked very sheepish and very dirty. He was bleeding a bit this morning and then disappeared. Emma came home from her week away and wanted to show her friends how Blue jumps, and I had to tell her he was hurt and we couldn’t find him. She eventually found him and we brought him to the vet for an exam and some anti-biotics. I don’t know if he was hit by a car, had a run in with other dogs or barbed wire?

Emma took the camera this nightfall and took this picture of some yarrow in the garden from the perspective of an ant! 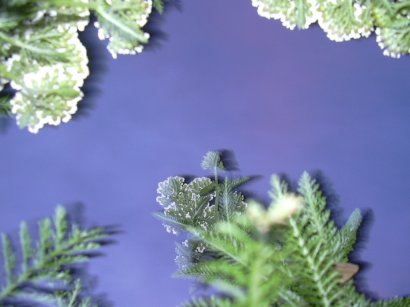